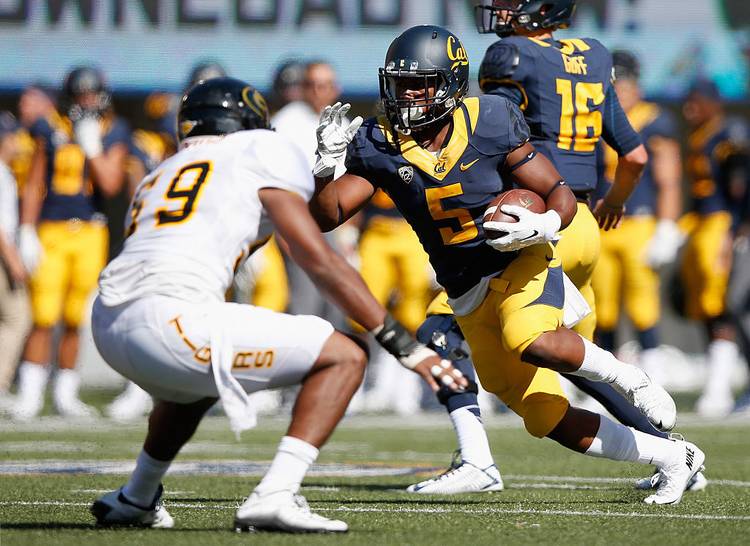 Texas lacked big plays in the running game during Tom Herman’s first year at the helm. The Longhorns hope the continued evolution from players like Daniel Young and Toneil Carter, combined with the addition of 2018 signee Keaontay Ingram, bolster the backfield this fall. But reinforcements can’t hurt a team that averaged 3.6 yards per carry.

The Longhorns addressed the need for a one-year reinforcement in the backfield with the addition of Cal grad transfer Tre Watson. The former three-star recruit was named to the Doak Walker Award list before his scheduled senior season in 2017, which ended prematurely after a season-ending injury in the second game.

Watson racked up more than 1,300 yards during his career at Cal. He’s also an accomplished kick returner. He won’t be asked to tote the full load for Texas. Watson will be a reliable rusher, a return option and a candidate to win the starting job in the fall, along with Ingram. The Longhorns likely use a committee approach to the running back rotation unless one player exerts himself early.

Skill set: Watson is a complete back who should excel under running backs coach Stan Drayton because of his versatility and willingness to fulfill any role. Watson can line up and run the ball inside the tackle box or attack with speed at the edges. He shows a low pad level and doesn’t mind getting extra yards after contact with his compact frame allowing him to win most leverage battles. Watson might lack the top-end speed to win races on long runs, but that isn’t what the Longhorns need from the running back position.

Watson is a reliable rusher who only fumbled once in his four years. He can help on kickoff returns if needed and showed the ability to threaten defenses as a receiver when he recorded 21 receptions as a junior in 2016. That was also his most productive year as a rusher; he racked up 709 yards and four touchdowns on 143 carries.

Immediate impact: It is no secret that Texas needs help at running back. Quarterback Sam Ehlinger is the team’s returning rusher. Watson averaged more than five yards per carry as a sophomore and junior. Young and Carter combined for 4.7 yards per carry as freshmen with Young leading the running backs room with 13 catches in 13 games.

Watson isn’t a big-play threat, at least he wasn’t at Cal. His longest rush was 32 yards as a sophomore and a junior. He still managed to average five yards per carry as a junior. His 59.1 yards per game, which he averaged during his last healthy season in 2016, would have led Texas in rushing in Herman’s first season.

The addition of Watson and Ingram reshapes the running backs room and gives the Longhorns enough scholarship bodies to endure the inevitable injuries that take a toll on the position unit through a 12-game regular season.

Fitting into the program: Watson is a one-year signing for Texas. He’s expected to enroll and immediately build a role within the Texas offense. That role is yet to be determined, but there are plenty of snaps available in a room full of inexperienced bodies. Watson should endear himself to the offensive staff because of his versatility. He can run, catch out of the backfield and has shown the ability to take care of the football at the collegiate level.

Recruiting at the position: The addition of Watson shouldn’t impact recruiting in the 2019 class because he only has one year of eligibility remaining. Texas will continue to pursue high-priority targets like the IMG Academy (Fla.) duo of Noah Cain and Trey Sanders, as well as Katy product Deondrick Glass. Galena Park North Shore sophomore Zachary Evans appears to be the top running back target for the staff in the 2020 class. The Longhorns signed one running back in 2018 (Ingram) and two in 2017 (Young and Carter).