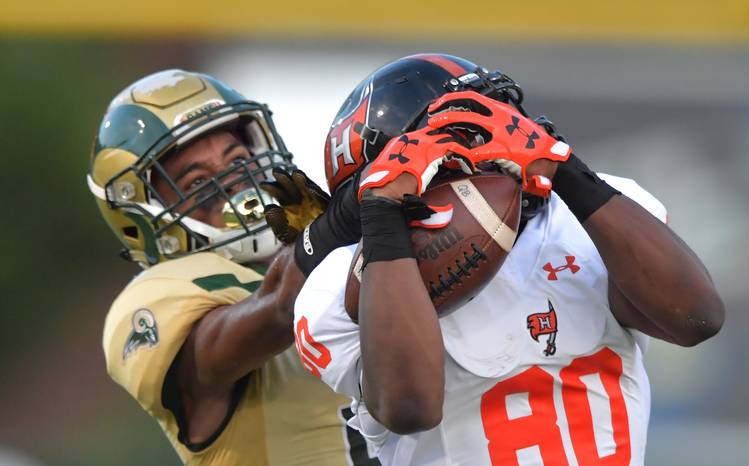 Grayson High School's Kenyatta Watson, left, was the first defensive back to commit to the Longhorns' 2019 recruiting class. (Hyosub Shin/ajc.com)

Texas’ lone defensive back commitment in the 2019 class is Grayson, Ga. product Kenyatta Watson II. The four-star cornerback became the second out-of-state commitment in the cycle when he picked the Longhorns over Notre Dame on May 1. He’s since been joined by Chandler, Ariz. tight end Brayden Liebrock. Watson was invited to The Opening Final this summer and is the third-highest rated of Texas’ six commitments, per the 247Sports composite.

Watson is a 6-2 defensive back with experience at safety and cornerback. He has a similar build and playing style to 2018 signee Caden Sterns. Both were considered safeties by recruiting services, but each were recruited by UT at cornerback. Watson thinks his length and physicality will separate him on the outside. He alsocan play nickel.

Seven. I really just liked being around my friends and didn’t start taking it really seriously until eighth grade.

I really like the conference, the scheme, the coaches and Austin.

I want to win a state and national championship with my team.