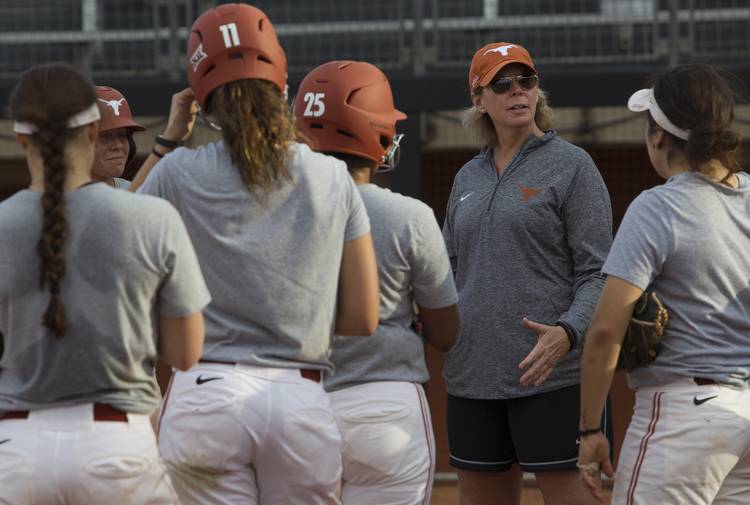 SEATTLE — Texas couldn’t pull off an upset of No. 25 Minnesota twice in two days.

The Longhorns (33-26) fell 3-0 to the Gophers (41-16) late Saturday night, ending their season and Super Regional hopes, a postseason round they haven’t reached since 2013.

Coach Connie Clark said despite the Longhorns’ season coming to a close earlier than the team wanted, they still have a lot to be proud of.

“It’s tough to be done,” Clark said. “Team 2018 really represented us very, very well. That’s what we talked about in our postgame huddle. You can’t take anything away from them.”

Texas may have went 1-2 at the Seattle Regional, but they only gave up six runs in three games to the fifth- and 25th-ranked teams in the nation. Its pitching and defense was on-point over the weekend, despite playing with a young infield.

“We were very satisfied with the way our pitching was,” Freshman second baseman Janae Jefferson said. “They pounded the zone early in the count and that really helped us out.”

Texas upset No. 25 Minnesota in the opening-round of the regional on Friday night with a 2-1 win. The Longhorns played No. 5 Washington to a 1-1 tied through seven innings, only to give up an untimely RBI double in the top of the seventh that gave the Huskies the win.

And on Saturday, in a rematch of Friday night’s first-round matchup, the Longhorns fell flat when it mattered.

Texas scattered 10 hits and had at least one runner reach base in every inning, but couldn’t string together hits in crunch time.

“We kept using the word opportunity throughout the year,” Clark said. “I felt we were having that similar conversation tonight. The opportunities were there for the taking, actually, both games today.”

“We really just couldn’t time up the curveball,” Clark said. “That killed us tonight. We just weren’t able to make adjustments on that.”

The Longhorns stranded at least one runner in scoring position in every inning but the second and seventh.

Perhaps Texas’ best chance to score came in the bottom of the fifth after loading the bases. Ki’Audra Hayter and Jefferson led off with singles to center and left field. Paige von Sprecken’s sacrifice fly to right field allowed both Hayter and Jefferson to tag up and reach second and third base – with only one out.

But a Randel Leahy pop-up and a Malory Schattle strikeout quashed the momentum, leaving the bags packed.

Washington led off the bottom of the sixth with a line-drive double down the right field line. Tuesday DerMargosian’s groundout to short pushed Washington to third base. But two-straight strikeouts by Ciera Schick and Hayter stopped Texas in their tracks.

“Getting timely hits is really the only thing we didn’t execute tonight,” Washington said.

Clark said no matter the outcome this weekend, this group had something special.

“We can’t hang our heads,” Clark said. “Great group of young women. One of the best I’ve ever had, in regards to be coachable, being a great family unit and playing for each other. I wish I could say that every single year, but you can’t always do that. And this group is that.”

The Dotted Line: Scouting Nos. 25-21 on The Next 25 includes Texas offer Prince Dorbah