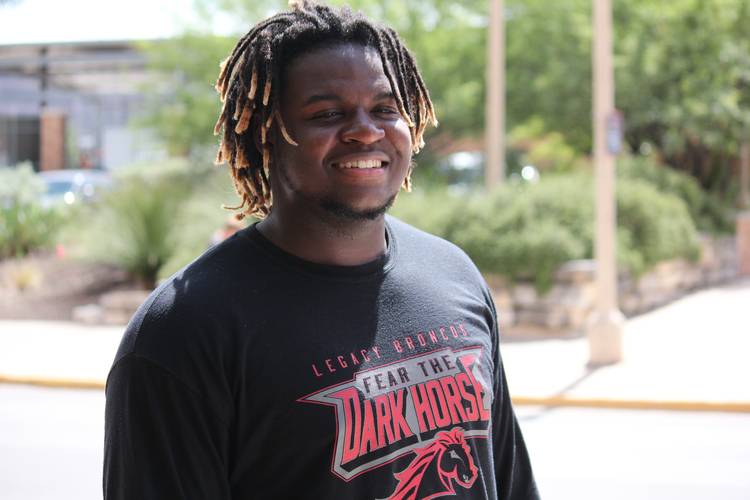 Houston was the proverbial backyard for Tom Herman in his first two cycles as head coach of Texas. His ties to the area are well-known and it worked perfectly in 2018 because of the sheer numbers of high-profile prospects in Houston. Herman rode the wave to a third-ranked class in the nation, mostly due to the Houston area.

Herman still hopes to keep his pipeline from the third coast flowing for years. That doesn’t mean he and his staff aren’t busy extending their nets, specifically to DFW. The Longhorns signed only two players from DFW in 2018 — Byron Hobbs and Rafiti Ghirmai. The Longhorns are chasing a pair of defenders from Mansfield Legacy in the 2019 class.

Four-star safety Jalen Catalon is a long-time target of the defensive staff. The Longhorns want to sign a potential nickel back in each class and Catalon is the top target on the board. He missed the Heat Wave on campus over the weekend due to a club 7-on-7 tournament. His teammate, defensive lineman Taurean Carter, made it to Austin and left impressed.

“Jalen and I are very close. That’s my little brother,” Carter said. “We talk about playing at the same spot, but it comes down to decisions. Some places may have open spots at safety but not at defensive line, or the other way around. It can be hard.”

The 6-3, 260-pound defensive end picked up an offer from Texas in May. He holds 15 offers and named Texas his co-leader along with TCU after the Heat Wave. The three-star can play end or potentially grow into a defensive tackle because of his massive frame.

“People notice you more as an offered prospect. The players start to recruit you more and it makes the decision even harder. T’Vondre Sweat worked me hard,” Carter said. “They see me playing anywhere along the defensive line. My versatility is something Texas likes about me.”

Another player Carter hopes to team up with in college is four-star defensive back Jeffery Carter, who is planning to play for Legacy as a senior after a move from Aledo. Both Carters hold UT offers and the two have known each other since pee-wee football.

“We plan on going to same college together,” Taurean said. “I’m excited to have him back on my team in high school. It’ll be like the old days growing up. We’re going to get a ring together.”

The Longhorns secured their 10th commitment of the 2019 cycle Saturday when three-star defensive end Peter Mpagi picked Texas over Washington, Stanford and Northwestern.

Texas exceeded the 25-man limit in 2018, meaning the Longhorns can sign only 25 players this cycle. Herman is nearly halfway complete with his third class and his staff is beginning to spend more time concentrating on soon-to-be juniors across the state.

Chad Lindberg, a four-star offensive tackle from Houston Clear Creek, is a 6-6, 306-pound prospect ranked No. 5 on the Next 25, making him the top in-state offensive lineman in 2020. He made his way to Austin with his family for the weekend’s pool party.

“I enjoyed it. I got to see all the stuff I couldn’t see during the spring game. It was a chance to talk to the players and coaches. The players had good things to say about the team and the staff,” Lindberg said. “I told them what my top schools are, and they told me why they chose Texas over those other schools.”

Lindberg is taking the process slowly and has yet to eliminate any of the 31 schools that have offered him. He did list Texas, Stanford, Oklahoma, Georgia and Notre Dame when asked about schools beginning to separate. It won’t be one thing that allows a school to gain his commitment. Lindberg is looking for the whole package, because he can.

“It’s exciting. I have a lot of options and can go at the pace I want. I’m hoping to take it slow,” Lindberg explained. “For me, it’ll be the culmination of all the factors: Facilities, quality of football, quality of school, how I like the coaches.”

With its season on the line, Texas looks to end Florida’s reign in college baseball