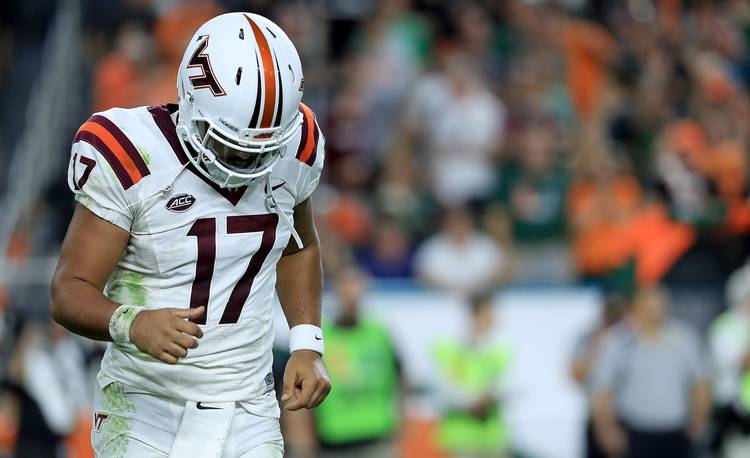 The Hokies’ best-case scenario: Virginia Tech has plenty of key offensive players back from a team that averaged 373 yards per game to have another successful season. If sophomore quarterback Josh Jackson shows improvement and the defense is able to replace several key players, the Hokies are looking at a 9-3 or 8-4 season and a mid-tier bowl game.

Their worst-case scenario: The defense must find replacements to make a reasonable run for ACC title honors. Jackson was highly ineffective in the final month of the 2017 season — 2 TDs, 5 INTs after October — and he’ll need to get off to a good start to give his teammates confidence. If he doesn’t, a team that has been to a bowl game 25 straight years — the highest current streak among NCAA Division I teams — will be challenged to reach No. 26. (Florida State has played in 36 straight bowl games but the NCAA vacated FSU’s victory in the 2006 Emerald Bowl against UCLA over academic issues).

RELATED COVERAGE: Taking a look at the commitments, halfway to signing day

Spring cleaning: Defensive tackle Vinny Mihota, who tore his ACL against Pitt last fall, returns with a big job. He‘s expected to replace Tim Settle, who left school early and was chosen by the Washington Redskins in the fifth round of the NFL draft. … Look for rising redshirt sophomore Phil Patterson to have a breakout season. He impressed during the annual spring game, catching five passes for 86 yards. … Redshirt senior Kyle Chung, who has been shifted from guard to center, is on the watch list for the Rimington Trophy, awarded to the country’s best center. … Defensive coordinator Bud Foster returns with three of the four defensive linemen who helped the Hokies rank 15th against the rush last season. … Unfortunately the Hokies lose top cornerback Adonis Alexander, who has been ruled academically ineligible. He applied for the NFL supplemental draft.

Jekyll-and-Hyde Josh: Which Jackson is Virginia Tech going to get? Last year he threw 17 touchdowns against four interceptions through October but was ineffective down the stretch. Considering he was only a redshirt freshman, the Hokies are confident he has the demeanor and talent to upgrade his value during his sophomore season.

Fresh hands: The Hokies are eager to welcome wide receiver Damon Hazelton, who transferred from Ball State after the 2016 season and sat out 2017. As a freshman, he was among his team’s leaders in receptions (51) and receiving yards (505) while adding four touchdowns. Virginia Tech could have one of the youngest set of receivers in the country if four-star recruits Tre Turner and Darryle Simmons crack the rotation as freshmen.

Beamer honored: Former Coach Frank Beamer, who retired after the 2015 season, was inducted into the Virginia Sports Hall of Fame in April. Beamer, 71, is tied with Mack Brown for ninth place on college football’s all-time wins list (234) and is still at Virginia Tech in the position of special assistant to the athletic director, focusing on athletic development and advancement.

The key game: Nov. 17, Miami. Beating the toughest conference opponent on the schedule would make the season a major success.

Coming tomorrow: Our No. 15 team

It was against this school in 2013 that Tyrone Swoopes made his Texas debut at quarterback.