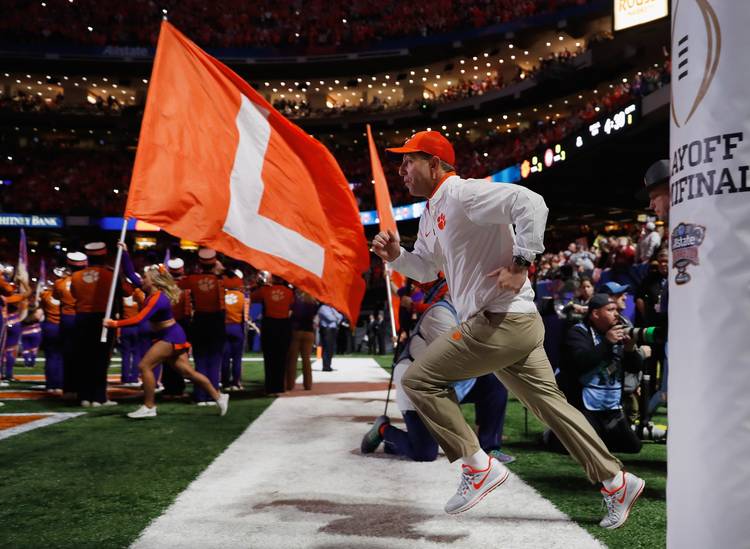 No. 3: Can Texas pipeline spur No. 3 Ohio State to title?

The Tigers’ best-case scenario: A fourth consecutive playoff appearance for Dabo Swinney’s juggernaut program, chosen by 139 of 148 ACC media voters to win the league. Anything less than the final four will be considered a failure for a team that could feature one of the best defensive lines in NCAA history and six players projected to go in the first two rounds of the 2019 NFL draft. Clemson vs. Alabama IV?

Their worst-case scenario: A quarterback controversy divides the locker room. Kelly Bryant was no Deshaun Watson in his first rodeo, but he did a nice job keeping the Tigers on track. Then Clemson signed the nation’s No. 1 overall recruit, Trevor Lawrence, a 6-foot-5-inch pure pocket passer oozing with charisma. Some fans already are calling for a QB swap.

RELATED COVERAGE: Revenge will be on the agenda against Georgia Tech, Syracuse

Dominating D-line: Clelin Ferrell, Christian Wilkins and Austin Bryant each were graded as day one or two NFL draft selections after last season. Surprisingly, all three decided to stay in school, the foundation for what should easily be the most dominating defensive line in college football. Add Dexter Lawrence, who wasn’t draft eligible, to the mix, along with stout veteran backups and two incoming freshman standouts. Lawrence and Ferrell are projected as top-10 picks in ’19. Wilkins and Bryant could go later in the first round or the second. Expect an NCAA-high 50 sacks and 125 tackles for loss from this defense.

A change of signal-callers?: Not everything is perfect. Whoever the QB is can rely on slot man Hunter Renfrow, and WR Tee Higgins is a strong breakout candidate after dazzling in the spring. But help is needed from a receiving corps that was just 13th in the ACC in yards per catch. WR Diondre Overton and Amari Rodgers need to step up. Top freshmen are pushing them. Depth in the secondary is a real concern as freshmen Mario Goodrich and Kyler McMichael are being counted on to contribute early.

Striptease leads to PR mess: Clemson is a small town in the northwest corner of South Carolina, and perhaps it gets boring there at times. So DT Christian Wilkins livened up the Dabo Swinney Ladies Clinic last week by doing a suggestive striptease dance for one of the attendees at the fundraiser for breast cancer research. Now the school is dealing with a PR mess. Clemson SID Ross Taylor told The State newspaper the video was part of the event’s “Dancing with the Tigers” program and was “certainly not indicative of what was actually going on.” Other Tigers also strutted around, posing shirtless, as Taylor said “to highlight the hard work that’s done with the strength and conditioning program.”

The key game: . Oct. 27 at Florida State. Las Vegas oddsmakers say Clemson will be a double-digit favorite in every game, including this one (and an early trip to College Station). But the Seminoles are the only team on the schedule who come close to matching the Tigers’ talent.

This school is coached by Nick Saban. Its colors are red and white. Its mascot is an elephant named Big Al. Oh, and it’s won five of the last nine national championships.

Does Texas have ‘some’ elite players or not? Answers start revealing themselves in August