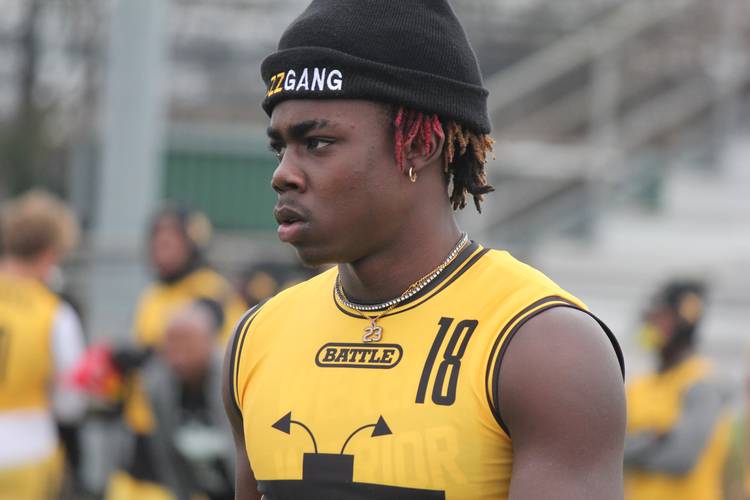 Texas’ 2019 recruiting class grew to 15 members this past weekend. The Longhorns hope to sign a full 25-man class, and could go over that limit by a player or two because of the number of early enrollees from the 2018 class. Texas is done at quarterback, tight end and likely at cornerback. The need positions remain running back, defensive line and the interior of the offensive line.

The season is peeking around the corner, especially for the out-of-state targets. The California high school season starts on Aug. 17. The commitments from Arizona get started a week later. Texas high school football kicks off on the last weekend of August. Expect the Texas coaching staff to extend new offers to targets at need positions as practice and games begin across the nation.

A few long-standing names remain on Texas’ wish list, including an out-of-state running back, the only in-state middle linebacker to hold a UT offer, a two-sport star and an in-state wide receiver with a 6-foot-4 frame.

The Longhorns hope to sign at least one dynamic playmaker at the position, two if possible. Cain is the top target. He has Texas roots after starting his prep career at Denton Ryan before moving to IMG prior to his junior season. He splits carries at the Florida football factory with Trey Sanders, the country’s top running back prospect and a fellow UT target. Cain participated at The Opening Final and will play in the Under Armour All-America Game in Orlando. He might not make a decision public until that event.

Texas holds commitments from three receivers. Four is the target number and Wright would provide the class with a big-bodied prospect. The three committed receivers — Arizona’s Jake Smith, Oklahoma’s Demariyon Houston and Cuero’s Jordan Whittington — are smaller, slot receivers with quickness and a burst. Wright is an outside receiver with raw potential. He didn’t start playing the position until his junior season and is expected to put up big numbers as a senior. He’s a physical freak with unlimited potential. He was a first-team all-district selection as a junior after recording 32 receptions for 545 yards and seven touchdowns.

Catalon is a target of both the football and baseball staffs at Texas. He plans on playing both sports at the university of his choosing and the Longhorns are the favorite. His potential position coach at Texas (Craig Naivar) is a huge baseball fan and Catalon has grown fond of the relationship built on interests outside of the normal football talk. Catalon is a versatile athlete on the football field. He stars at quarterback and in the secondary for Legacy. His college future is at safety or as a nickel cornerback. He also is a potential option as a returner.

Catalon isn’t the only Mansfield Legacy product on Texas’ wish list. Carter, a big, versatile defensive end, the perfect fit for Texas defensive coordinator Todd Orlando’s odd-man front. Carter can play on the edge or grow into a true nose tackle. He’s the type of hybrid lineman Texas hopes to build its defense around. He’s also productive — Carter recorded at least 65 tackles in each of the past two seasons and has 14 career sacks.

Blessed to receive an offer from the University of Texas🤘🏾 pic.twitter.com/FbtCnp8uoe

The Longhorns are betting on potential with Owens, a big safety with enough speed to handle the responsibilities in the Big 12. He picked up an offer on July 29 after a strong showing at a camp on campus when dead period ended. Chris Adimora, a four-star safety from California, is the only commitment at the position. The Longhorns also are in the mix for Catalon. An offer at this point in the 2019 cycle means UT wants Owens along with Catalon. That would give Texas three safety commits along with a pair of cornerbacks.

Gbenda is the only in-state middle linebacker to hold a UT offer. The Longhorns are in the mix for the fast, run-stopping defender. Texas picked up its second commitment at outside linebacker when Marcus Tillman Jr. joined the fold last Saturday. Gbenda is a sideline-to-sideline Mike linebacker who is comfortable in space and fast enough to cover in the Big 12. He’s also athletic enough to move outside or to a Rover position if needed. Big, slow linebackers are abused against modern defenses. Gbenda gives Texas another option at linebacker who can cover as well as he can stop the run.