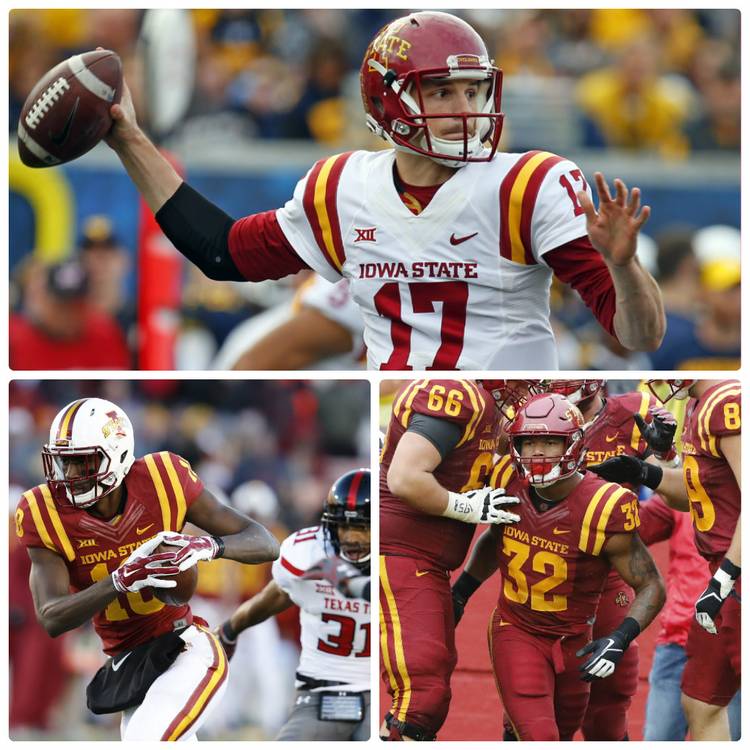 The Iowa State offense is defined by tailback David Montgomery, who could be the best player in the Big 12.

Montgomery was a mostly overlooked recruit. Although he had a remarkable career playing high school ball in the Cincinnati suburbs, Iowa State was his only offer from a Power 5 team. The Cyclones, with then new coach Matt Campbell, were more than happy to welcome the former Eagle Scout to Ames. Campbell had been astute enough to recruit he running back when he was the head coach at Toledo.

“I think the greatest thing about David is who he is as a worker, what he is in terms of worker, attitude, commitment to be the best version of himself,” Campbell said. “That’s never wavered and nothing has surprised me of why he’s been able to have great success and I think there are great things to come from David Montgomery. Here is a guy that not only from a positional need, but stands for what we’re looking for to build our football program around.”

Montgomery and Oklahoma State’s Justice Hill were preseason picks for all-conference. Hill actually gained more yards than Montgomery did a season ago — 1,467 yards to 1,146. But Montgomery was far more consequential to the offense. And he was a significant reason why Iowa State was able to win eight games last season for the only the third time in the last four decades and knock off the league’s best two teams in Oklahoma and TCU.

Some early mock drafts list Montgomery as the best tailback available for next April, if the Iowa State star elects to leave school early.

And here’s a hint why: He’s powerful and fast. The site Pro Football Focus keeps track of how many tackles a back breaks on any one play. It certainly is an unconventional stat, but a telling one. Montgomery broke 109 tackles last season. According to PFF, that shattered the season record of 86 set by Florida State All-American Dalvin Cook, the Seminoles’ career leading rusher and a second-round draft pick in 2017.

A running back won’t be able to win by himself. But Campbell likes the line that will be blocking for Montgomery.

Campbell also likes his gritty quarterback, Kyle Kempt, who was granted a rare sixth-season of eligibility by the NCAA.

Kempt wrote a letter to the NCAA, detailing how he hadn’t played a down at his first two collegiate stops — Oregon State and Hutchinson Community College. He applied for the extra season, saying he’d been run off from the first two schools. The NCAA agreed.

Kempt, who’d started last season as third team, led Iowa State to its victories over the Sooners and Horned Frogs, as well as a win over Memphis in the Liberty Bowl.

In nine appearances, Kempt threw for 1,787 yards with 15 touchdowns and three interceptions.

The Cyclones need to find a standout receiver to replace Allen Lazard, who left Iowa State as its career leader in receptions and receiving yardage.

The 6-6, 222-pound Hakeem Butler, who could play inside or outside, is Iowa State’s best big-play option.

The Dotted Line: Dylan Wright has picked Texas A&M; where will Texas turn at wide receiver?