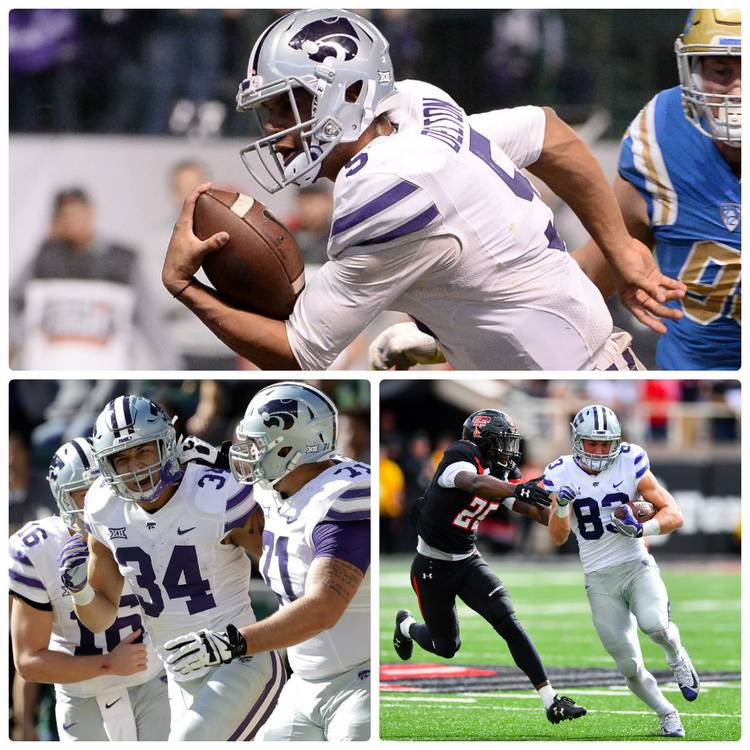 Bill Snyder is studying every detail possible as he tries to pick a starting quarterback between Alex Delton and Skylar Thompson.

It’s why he brought both of them to Big 12 media days last month. He wanted to see how they’d react to the pressure of publicly representing the Wildcats off the field. Pressure is pressure, whether it’s coming from a blitzing safety or an inquisitive reporter with a tape recorder.

Snyder said: “I thought this was a great opportunity to apply some preseason pressure, so you’ve got to practice the things you’re going to experience so there is a little bit of pressure in them being here.”

And as preseason camp speeds along in Manhattan, the two still are competing for the top spot. They’re even roommates for the month, so it’ll be difficult to get away from the competition for either one of them.

The two will be working with a new coordinator — Andre Coleman, who was promoted to the job in the offseason after Dana Dimel left to become the new head coach at Texas-El Paso.

The offense won’t change. Coleman was a star receiver for Snyder in the early 1990s and has been on Snyder’s coaching staff since 2013. Collin Klein, the K-State quarterback who was a Heisman finalist in 2012, also still is in Manhattan, coaching the position.

Delton had the most recent success. After Thompson was hurt in the Cactus Bowl against UCLA, Delton rushed for two scores and threw a touchdown pass to lead the Wildcats to the 35-17 win. He also earned the bowl’s offensive MVP trophy.

Meanwhile, Thompson led K-State to wins over Oklahoma State and Iowa State. They both were forced into action after starter Jesse Ertz suffered a season-ending injury in the fifth game.

They’re both adept at Snyder’s throw-back offense, which relies on quarterback runs and play action passes.

For Coleman, there’s no such thing as too much competition.

“I think it’s a great situation,” Coleman told reporters earlier this week. “I think competition at any position creates good football teams. We’ve got two solid quarterbacks and they’re both going to win games for us. They both will help us.”

Delton is considered the better runner and Thompson has the better arm.

The running game should be solid.

But K-State is looking for a go-to receiver.

Byron Pringle, the Wildcats big-play man in the passing game and on special teams, turned pro. He averaged more than 24 yards a catch, best in the league. Dominique Heath, another experienced wideout, transferred to Appalachian State.

Dalton Schoen could be the impact guy. His first-ever catch in last year’s season opener was a 70-yard touchdown. He had 100-yard games against Texas and Texas Tech, but saw his season end in mid-November when he broke his collarbone.

The Wildcats return their leading receiver in Isaiah Zuber this season. Zuber caught 51 passes. But after Schoen and Zuber, there is very little experience.

The Dotted Line: The updated Fabulous 55 is dominated by Texas A&M, Jimbo Fisher