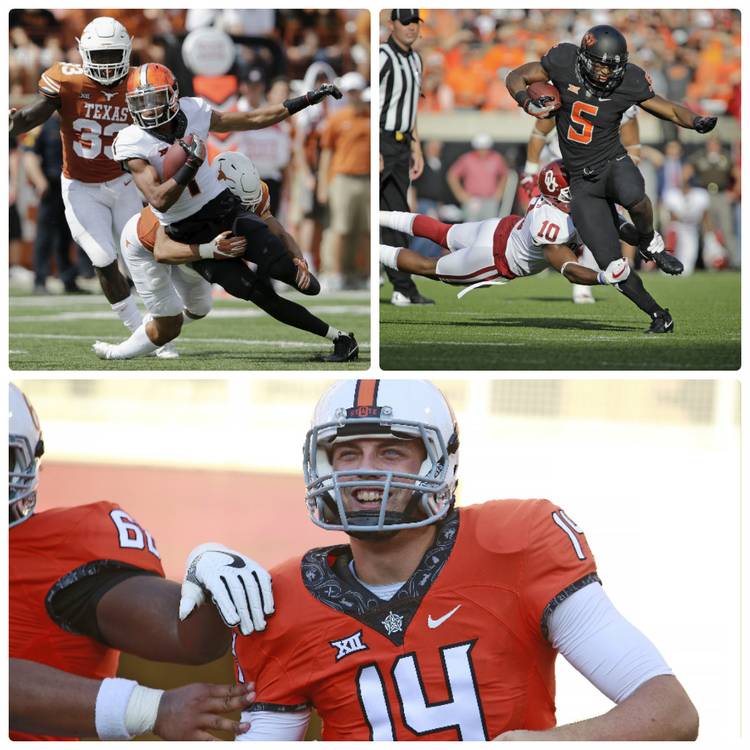 Mason Rudolph was everything to the Oklahoma State Cowboys. The one-time four-star prospect started 41 games at quarterback. He helped his team reach double-digit wins in each of his last three seasons.

Rudolph left the school as its career leading passer. And with 31 victories, he also posted the most wins of any quarterback in school history. He beat every team in the Big 12.

Who takes Rudolph’s place? Mike Gundy thinks it’ll be Taylor Cornelius, a fifth-year senior and former walk-on whose career, so far, has been the antithesis of Rudolph’s.

Cornelius grew up in Bushland, Texas, a dot of a town 14 miles west of Amarillo. He received a couple of offers from Division II schools before choosing to pay his way in Stillwater.

Gundy said of Cornelius: “When we came out of spring, we felt very comfortable with Taylor. He’s been with us a number of years, he understands our offense. We’re confident in his abilities.”

But put an asterisk by “our guy.” Cornelius was basically the only quarterback option Gundy had through spring workouts.

Brown, who started the past two years at Hawaii, is a grad transfer.  Oklahoma State is his third collegiate stop. He spent a year at junior college and started the last two seasons at Hawaii, where he threw for 5,273 yards with 37 touchdowns and 15 interceptions.

Sanders is a true freshman who was thought to be the best quarterback prospect in the state of Texas. He led powerhouse Denton Ryan to a 14-1 record last year and also excelled playing basketball and running track.

Cornelius acknowledged the competition when he spoke with reporters at the opening of preseason camp.

“You’ve still got to show up every day and work,” Cornelius said. “You start screwing up and it’s ‘next man up.’ Nobody’s locked in. We have the same goal and the same mindset. We have to go out and win ballgames and make a bowl game. That’s the biggest thing.”

The receiver position also will be missing one of the program’s best-ever players. James Washington, a second-round NFL pick, won last year’s Biletnikoff Award as the nation’s top receiver after catching 74 passes for 1,549 yards. He posted at least 1,000 receiving yards in each of his last three seasons. Coincidentally, the Pittsburgh Steelers drafted both Washington and Rudolph in successive rounds.

Oklahoma State also lost Marcell Ateman to graduation. Ateman was fourth in the Big 12 in receiving yards with 1,156.

Washington and Ateman were so dynamic that they each averaged 20 yards a catch.

The Cowboys do return some savvy experience at the position. Jalen McClesky led Oklahoma State in catches back in 2016. He’s a recognized name — his dad J.J. McCleskey played eight seasons in the NFL.

Dillon Stoner also is a key returnee. As a freshman last year, he caught 44 passes, with two 100-yard games.

The one steady aspect of the Oklahoma State offense is the running game.

Justice Hill led the Big 12 in rushing a year ago, with 1,467 yards and 15 touchdowns. His top performance was the 228 yards he gained against Oklahoma, albeit in a wild, 62-52 loss to the Sooners. Hill’s 2,609 career yards are seventh best nationally among returning tailbacks.

Hill’s chief backup is J.D. King, who gained 142 yards on 36 carries against West Virginia as his highlight of last season.

So there are elements of an explosive offense in place.

Like so many other teams in the Big 12, it’ll be all about the quarterback and whether the Cowboys can find a suitable replacement for the school’s best-ever at the position.