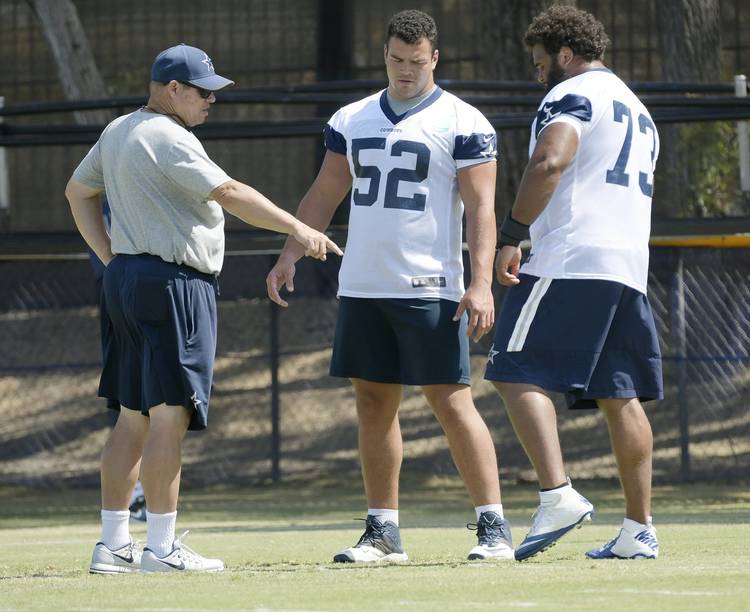 OXNARD, Calif. — From three-star recruit to All-American. From potential first-round draft pick to injury. From elder statesman to rookie. It’s a ride that Cowboys offensive guard Connor Williams is enjoying, and learning from, as Dallas spends its last week in California before returning home to finish off preseason camp.

Williams, a native of Coppell who grew up rooting for his hometown Cowboys, pledged to Charlie Strong and the Longhorns in Texas’ 2015 class that was headlined by five-star linebacker Malik Jefferson. Four seasons later, it’s Williams who is readying for playing time as a rookie while Jefferson battles for a spot on Cincinnati’s 53-man roster.

“It’s a humbling experience,” Williams said on Monday, as the Cowboys prepared for their second preseason game on Saturday against the Bengals. “At the end of the day, I haven’t earned anything. All the other guys on the line and on our offense have years under their belt and respect in the locker room and around the league. My job is to stay quiet and learn from those guys so I’m in the same position.”

It’s a far cry from last season. Williams was preparing for his junior season under new head coach Tom Herman. It was a shift. Strong was known as a player’s coach, and Herman wasn’t bound to Williams through the recruiting trail. An early-season injury derailed Williams’ chances for an Outland Trophy — and also the Longhorns’ offensive line. He admits it was hard.

“It was changing a way of doing things and it was a whole new coaching staff,” Williams said of the coaching change at Texas. “That’s never easy.”

That’s in the past and Williams is worried about starting for a team with playoff aspirations. He was selected in the second round of the draft and it didn’t take him long to get his introduction to his new life as an NFL player. His ah-ha moment came well before the preseason.

“Seeing the guys who are in our huddle, when I took reps with the first-team offense in OTAs,” he admitted. “It’s full of guys I’ve watched for years. At the same time, it’s just football and about doing my job.”

Football may be football, but a position change is in the works. Listed at 6-5, he lacks the ideal height and length to play on the edge. Plus, the Cowboys are set at left tackle. That means guard is the future for Williams. It’s not a seamless transition for an offensive lineman. It’s also not impossible.

“Staying on the left side has been a benefit. There is a learning curve, but I’m catching up,” Williams said. “It’s more of a mental change than physical.”

Triplets of the Big 12: Kliff Kingsbury, Texas Tech face a quandary at quarterback