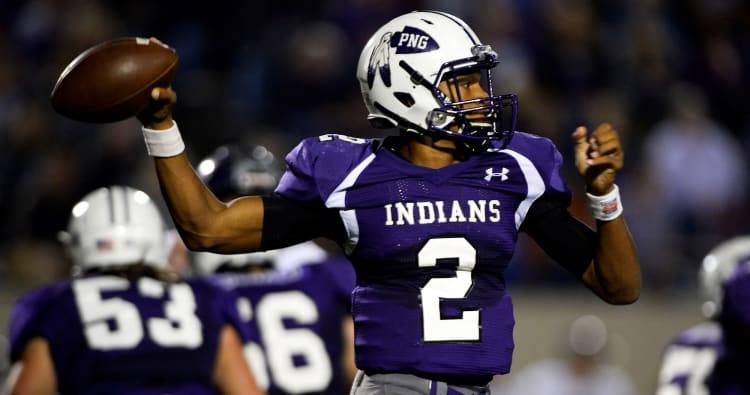 Recruiting news tends to focus on predicting the future rather than illustrating the known. The Longhorns signed the third-ranked recruiting class in the country in 2018, which was Tom Herman’s first full cycle as head coach. The success isn’t coming as easy on the 2019 recruiting trail thanks to Jimbo Fisher’s arrival at Texas A&M and the continued success of Oklahoma under Lincoln Riley. Six of Texas’ 15 current commits are on the Fabulous 55, a year removed from signing seven of the top 10 players on the list. Seven play outside of Texas.

Not all is lost. Texas holds the 11th best class in the nation with four months until the early signing period and six until national signing day. This is Herman’s third recruiting class in charge. The 2017 class was about finding bodies to fill the class with only two months on the job. The 2018 class provided a first-year coach’s recruiting bump now enjoyed by Texas A&M.

The 2019 class is different. The Longhorns have already called multiple audibles and questions remain about how UT fills the needs remaining at positions along the offensive and defensive lines. The targets are clearer at positions like wide receiver, linebacker and safety. Running back is the only position group in the class yet to gain a commitment.

Just because we don’t know everything about the class doesn’t mean we don’t know some things. Texas wants to sign at least a full 25-man class in 2019 and could go over by a couple of players because of the number of early enrollees in the 2018 class. Theoretically, that leaves at least 10 spots open for prospects in the cycle. Here are three other things we know about the 2019 class:

1. Tom Herman is open for exploration

Charlie Strong received backlash from Texas high school football coaches for recruiting out of state. Herman is receiving the benefit of the doubt from the same group of power brokers because he’s built clout within the ranks, specifically in his years at Houston and his first two classes at Texas. The 2019 class will be built differently. Almost half of the 15 commitments are from out of state. Texas could easily sign at least 10 out-of-state players.

The most Strong brought to campus in one class was eight, in 2015. His third class consisted of just five players from outside the state. Herman refuses to be pigeonholed into merely searching Texas for players. The 2019 class consists of commitments from a pair of prospects from California and Arizona, as well as one from Oklahoma, Florida and Georgia.

2. Texas is set at three positions

Texas, barring any de-commitments or top targets reappearing on the market, is done recruiting quarterbacks and tight ends. Texas wrapped up the quarterback spot way back in the summer of 2017 when Port Neches-Groves dual-threat prospect Roschon Johnson pledged. Texas also filled its need for two tight ends by gaining commitments from four-star Brayden Liebrock and three-star project Jared Wiley, who plays quarterback at Temple.

Cornerback is another position Texas might stop recruiting unless a five-star talent becomes available later in the process. The Longhorns signed a fantastic secondary class in 2018 and can afford to only sign two players at the position in 2019. Right now, that duo is Kenyatta Watson II and Marques Caldwell, who is one of Texas’ six members on the updated Fab 55.

Offensive tackle might be the toughest position to recruit because of the number of variables that go into a player’s success at the college level. There are the few sure-fire bets in every class, but those are hard to come by, especially in Texas, which is moving more to a 7-on-7 state built on the passing game than it was decades ago when the state was known for maulers in the run game. The Longhorns have addressed the need beautifully by securing Tyler Johnson and Javonne Shepherd, two of the state’s top three tackles.

After injuries cost them in 2017, Andrew Beck and Elijah Rodriguez set for senior seasons