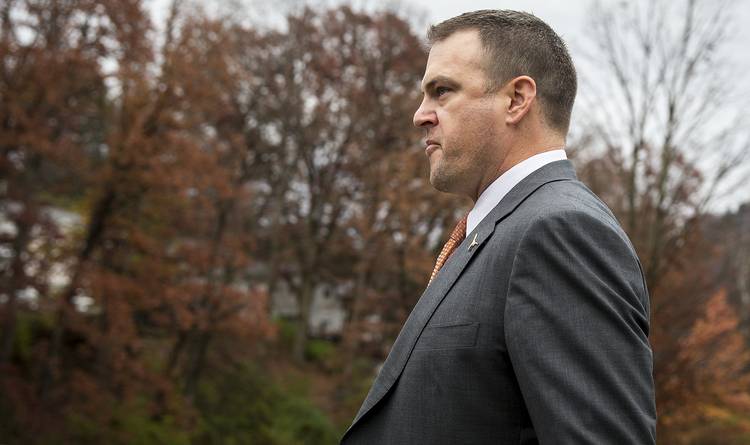 Every Texas coach has broad language in his or her contract that gives the university leverage to fire anyone for embarrassing conduct while at UT.

There are no specific examples of what constitutes embarrassing conduct, however. But each contract states behavior “that reasonably brings into question the integrity of coach in a material way, or that would render coach unfit to serve.”

UT officials had no comment Wednesday about reports that football coach Tom Herman had visited a strip club with fired Ohio State assistant Zach Smith back in 2014. From a contractual standpoint, it’s out of their purview. Still, two sources said they are monitoring the news in Columbus, which has grown into the biggest story in college football.

Ohio State officials confirmed to the Columbus Dispatch on Tuesday that Herman was the unnamed assistant referenced in the school’s 23-page report about Smith and head coach Urban Meyer.

Herman was the Buckeyes’ offensive coordinator from 2012-14. Other high school coaches also were present.

Smith spent $600 of his own funds at the Miami strip club on May 8, 2014, according to Ohio State’s 23-page report issued last week addressing Smith and suspended head coach Urban Meyer. The report said Smith was at the club with “another OSU football coach.”

According to Ohio State’s report, Meyer became aware of the incident afterward and warned Smith that he could be fired if it happened again. Meyer later inserted a “morality clause” into the coaches’ manual and instructed staff to avoid strip clubs “or venues that would embarrass The Ohio State University.”

Smith was fired in the wake of allegations of domestic violence toward his now ex-wife. Meyer has been suspended three games after the school investigated how he handled allegations about Smith.

A light shining in the darkness: A look back at Texas’ 10 best wins over the last 50 games

The Dotted Line: The Week 1 guide to watching Texas commitments in action