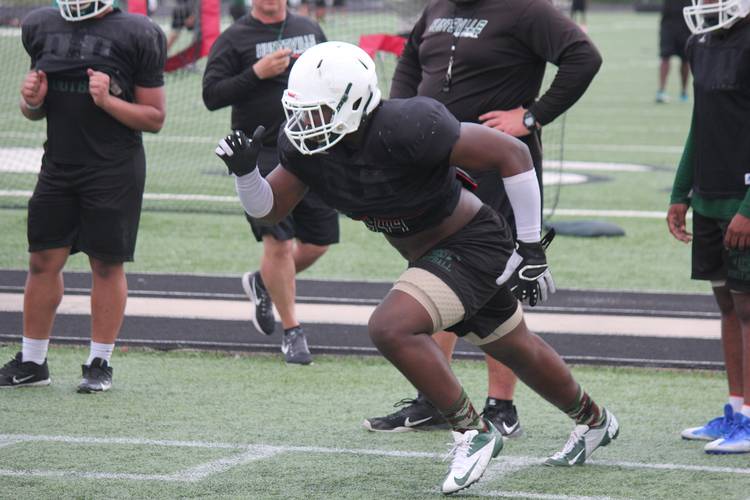 The pads start popping on high school fields across Texas on Thursday when the prep season officially kicks off inside the state. Six of Texas’ 15 out-of-state commitments were in action last week, as the season began early in states like California, Georgia and Florida. Texas and Oklahoma join the mix on Thursday, and all 15 of the current pledges are in action.

Temple vs. Round Rock Cedar Ridge

Westlake Village is 2-0. Floyd returned a punt for a touchdown last week, proving his athleticism isn’t lacking despite gaining muscle over the past season. No defensive statistics are available for Westlake Village.

Mayfair and Adimora, a four-star safety commit, cruised to a season opening win against Woodrow Wilson. Adimora recorded an interception in the victory over Woodrow Wilson. He also had 58 yards receiving. Adimora caught a touchdown pass and had four tackles in the Week 2 win over California.

Chandler and Liebrock rebounded in Week 2 with a 49-21 win over Queen Creek. The season started on a rough note when Chandler traveled to California and lost to perennial power Centennial. The four-star tight end has eight catches for 52 yards through two games.

Smith is the first player in Arizona to rush and catch for more than 2,000 yards since Christian Kirk. He announced his presence as a senior with a five-touchdown performance in a win against in-state rival Fairfax. He scored six more touchdowns in the Week 2 win over Sunnyslope. Smith has scored 11 of his team’s 12 touchdowns through two games.

Grayson waltzed through Tucker in a nationally televised game against Tucker. The defense was so dominant that Watson wasn’t asked to do much, and the starters were removed in the second half.

Wekiva allowed just three points in its season opening victory against in-state rival, Jones High School. The competition takes a step up in Week 2 when Wekiva travels to Georgia for a neutral-site game against North Gwinnett (Ga.).

This is the first game of the season for both squads.