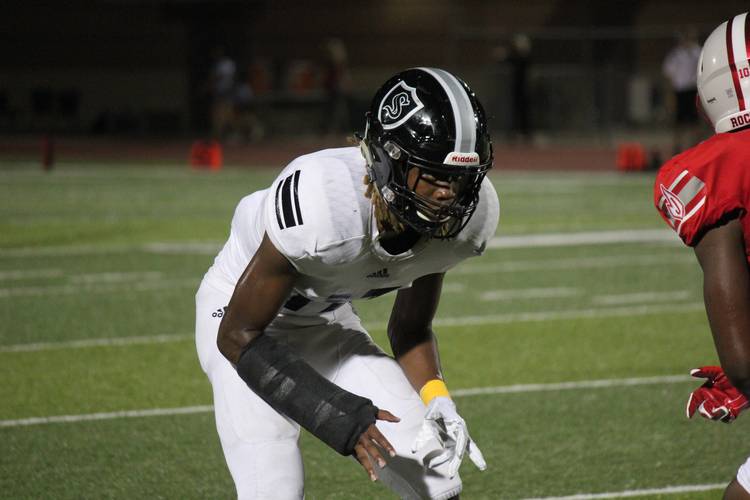 Cibolo Steele defensive back Jaylon Jones is a top priority for Texas and Texas A&M in the 2020 class. (Mike Craven)

It’s clear that recruiting sped up thanks to the new early signing period and the ability of juniors to take official visits. Nearly 90 percent of the players on the 2019 Fabulous 55 are already committed to a school. Over 75 percent of 2018 prospects signed in December last year instead of waiting until the traditional signing day in February.

Texas holds 16 commitments in the 2019 class and that’s considered a low number when classes at schools like Texas A&M and Oklahoma are taken into the account.

Tom Herman’s program is riding high after wins over USC and TCU. The wins sparked a resurgence on the recruiting trail with prospects finally seeing the talk turn into victories. The Longhorns’ lone 2020 commitment is four-star dual-threat quarterback Hudson Card from Lake Travis. It’s unlikely he remains alone for long. Here are five 2020 prospects trending toward Texas:

A former Cibolo Steele star is currently making his mark on the Texas program with Caden Sterns emerging as a star in his freshman season. Jones is considered the next great secondary player from Steele, a program known for producing defensive backs. He’s a long, lean cornerback with the frame to add weight and move to safety. His size and length can’t be taught and he’s growing as a cornerback each week. This appears to be a battle between Texas and Texas A&M with the Longhorns surging. Assistant coach Jason Washington watched him take on Converse Judson last Friday night.

The offensive tackle is considered a virtual lock to join teammate Roschon Johnson at Texas. Johnson started working on his big left tackle as soon as Garth picked up an offer from the Longhorns. Garth’s offer list includes Texas A&M and Alabama. It’s Texas out in front.

Collins is a relative unknown on the recruiting trail, which is mostly due to playing at a high school not known for winning, much less producing top-end talent. Collins is ready to break out. The big-bodied defensive end holds only three offers, but those offers are A&M, Texas and Baylor. The Longhorns hold the hometown advantage and an early offer puts them in the lead with Collins as his junior season continues.

Texas made a big impression on Cooper this spring when he took an unofficial to Austin for junior day and again for the Texas Heat Wave event in the summer. The smallish athlete is a playmaker the Longhorns hope to deploy as a running back and a slot receiver who can also help in the return game. Cooper is simply electric with the ball and he’s the type of player the Longhorns need to continue improvement on offense. Texas is in great shape for his teammate and 2019 receiver target Marcus Washington.

Interior offensive line prospects have yet to be a real priority for Texas under Herman. The Longhorns and offensive line coach Herb Hand prefer moving tackles to guard like Derek Kerstetter is currently doing over signing big, slow guards and centers. Parr is an exception. He’s a big, powerful offensive lineman with great footwork for a kid his size. Parr’s lack of length makes tackle a tough task, but he’s a future left guard with the ability to block pass rushers and move to the second-level as a run blocker.