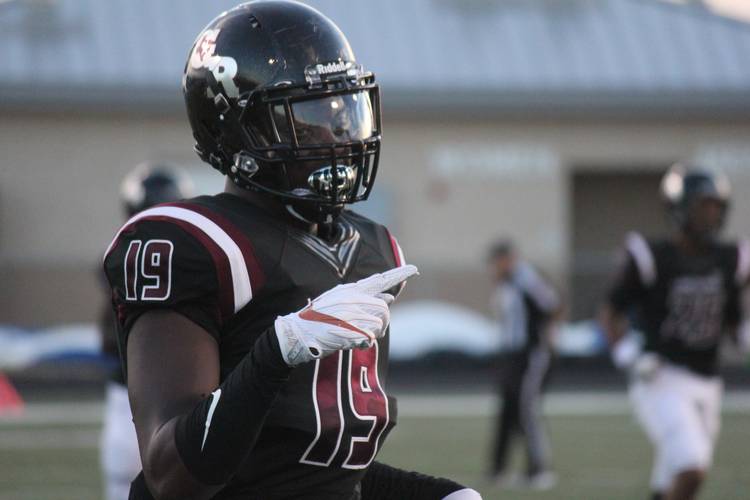 Prep football takes center stage on Thursday and Friday for most of Texas’ 2019 commits, and 2020 quarterback pledge Hudson Card also will be in action against Austin High. The Longhorns have added two commitments in the last two weeks. First came four-star running back Derrian Brown after the USC victory. Four-star safety Tyler Owens followed after a win over TCU. Texas’ class ranks ninth in the nation.

Three future Longhorns are on off weeks as Jared Wiley, Marques Caldwell and Kenyatta Watson II enjoy a break in the middle of the season. In-state commitment Jordan Whittington is still out with injuries. The schedule for the rest of the pledges:

Westlake Village is 5-1. Floyd has scored a touchdown as a punt returner and as a receiver. No defensive statistics are available for the team, though.

Mayfair and Adimora started the season 5-1 and are set for a home game against St. Francis. Adimora stars on both sides of the ball for Mayfair, patrolling the secondary at safety and contributing at wide receiver. He’s scored three touchdowns on seven catches on offense and has 18 tackles and two interceptions on defense.

Chandler is on a four-game winning streak. Chandler started with a loss to Centennial (Calif.) in a neutral-site game and just knocked off Faith Lutheran during the Polynesian Classic in Las Vegas. Liebrock has 19 catches for 172 yards and a touchdown in five games.

Jake Smith is off to the hottest start of any UT commit. The future slot receiver plays all over the field for his 5-0 Notre Dame Prep squad. He’s scored 11 of the team’s first 12 touchdowns and has 19 total touchdowns on the season. He’s scored nine as a rusher and a receiver and added one on a kick return.

Jones is 3-1 entering the game against Forest. Defensive stats were not available for Tillman.

Millwood is the defending Class 2A Oklahoma state champions and looks like a team ready to compete after starting the season with a win against Heritage Hall, Oklahoma’s defending 4A state champion. No stats are available for the 4-0 squad.

Buford is 3-2 entering the game on Friday. Brown, who committed to the Longhorns after an official visit in September is the star of the offense. No official stats are posted.

Twenty-one and not done: Texas blasts Baylor to extend run in Big 12 play