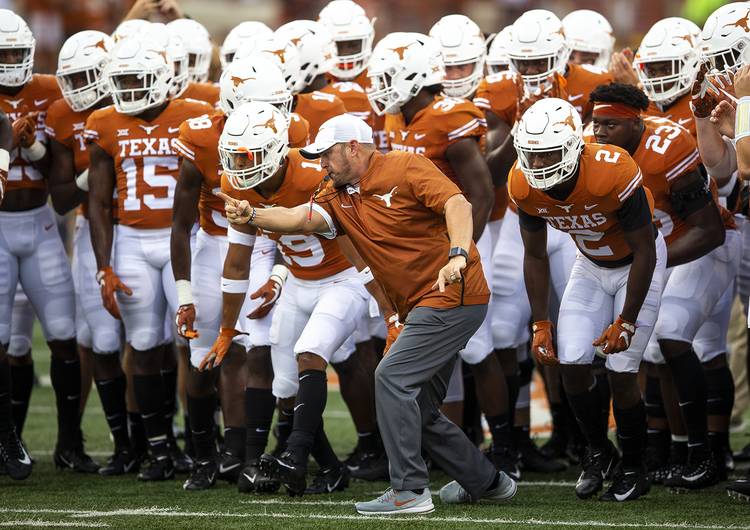 The Red River Showdown represents a chance for Texas to beat its biggest rival, earn bragging rights, gain an inside track toward a Big 12 title berth, and seize recruiting momentum in the Dallas-Fort Worth area that Tom Herman and his staff has yet to build a stranglehold on like it has in Houston and East Texas.

The Longhorns need DFW, and the way to earn back momentum is to win big games. The tide is beginning to turn thanks to wins against USC and TCU, but it’s also helped that Herman brought in a certain assistant coach with strong ties to the area.

“(Stan) Drayton has this area now, so it won’t take much time for Texas to be strong in DFW,” said DJ Mann, an assistant coach at Cedar Hill. “He and Tim Beck have previous ties to the area. I think Drayton will do a great job here.”

Texas didn’t need to focus on DFW in Herman’s first two Texas classes. The former head coach at Houston inherited a nearly full class in 2017 with only months to finish it off. The 2018 class was Houston heavy because so much of the talent in the class was in the Houston area, which worked perfectly for a coach who had already built strong ties in H-Town.

The Longhorns inked two DFW-area prospects in 2017, and one of those — cornerback Kobe Boyce — was committed to the Longhorns before Herman took the job. Only two of the 27 players who signed with Texas in the 2018 class hailed from DFW and neither of those players — linebacker Byron Hobbs and offensive lineman Rafiti Ghirmai — have yet to make an impact this season.

“Tom (Herman) will do it right,” Lancaster head coach Chris Gilbert said. “He knows the lay of the land and will be strategic in who he picks from the areas he’s not as tapped into. Each year he’s at Texas, the relationships with coaches and players up in DFW will improve.”

Even DFW coaches think Herman did the smart thing by concentrating on Houston in his first two classes. The 2019 class is different. Texas A&M’s reemergence under Jimbo Fisher and Oklahoma’s continued success under Lincoln Riley has forced the Longhorns to look out of state; eight of Texas’ current 18 pledges are from out of state. The only DFW commit in the current cycle is Plano East four-star safety Tyler Owens, who committed in September.

Not all of this is strategy. The landscape is different than it was when Mack Brown roamed the Texas sidelines. The recruiting world is smaller with the addition of modern technology like Facetime, Skype and Instagram. Players are more willing to leave home. Big national programs are more willing to recruit the state, specifically over the past decade as Texas and Texas A&M struggled to amass wins on the field.

“Alabama, Ohio State and LSU are up here so strong,” Mann explained. “That probably wasn’t true a decade ago, at least not to this extent. Texas can’t just flash the Longhorn and get every kid they want.”

As it stands, Texas will add more Californians to the roster under Herman in his first three cycles than it will prospects from DFW. That was fine in 2017 when he didn’t have the time to work on prospects from DFW. It didn’t matter in 2018 because Houston was stacked with talent and Herman signed the third-best class in the country. It may not even matter in 2019 as most of the top prospects in the state are already decided.

But it will matter in 2020 because Herman’s stranglehold on Houston will lesson with each passing year as his recruiting chips built as the coach who brought UH back to prominence fades. Beating Oklahoma is the key to controlling DFW on the recruiting trail. A win on Saturday turns the tide for juniors and sophomores sifting through offers from major programs across the country.