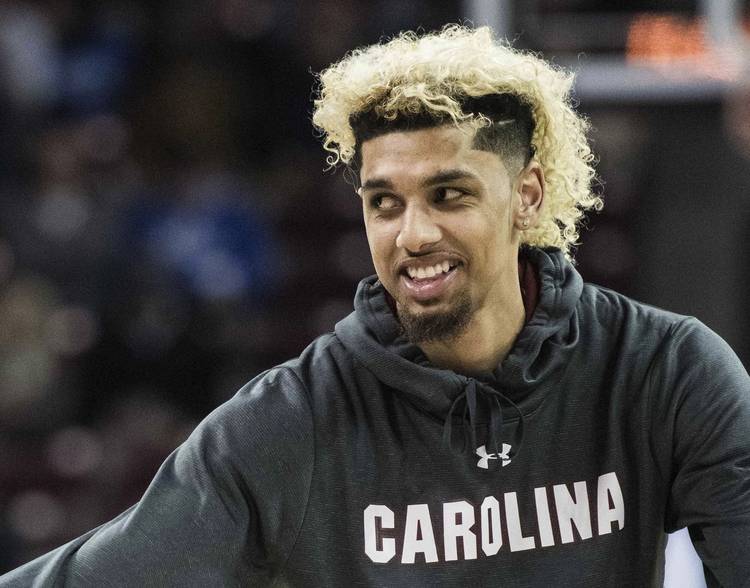 In this Jan. 16, 2018, file photo, standout college basketball recruit Brian Bowen Jr. is photographed before an NCAA college basketball game in Columbia, S.C. A recruiter, a coach and a former Adidas executive are scheduled to go on trial in New York in a criminal case that exposed corruption in several top U.S. college basketball programs. It also led to the firing of Hall of Fame coach Rick Pitino of Lousiville and sidelined the playing career of Bowen. (AP Photo/Sean Rayford, File)

In a New York courtroom on Thursday, the father of a high-profile men’s basketball recruit testified that Texas was one of several schools that offered improper benefits in the recruitment of his son.

Brian Bowen Sr., who is alleged to have received $100,000 from Adidas in a pay-for-play scheme, told jurors that Texas, Oklahoma State and others offered improper benefits to land Brian Bowen Jr., according to ESPN.

The athlete was supposed to enroll at Louisville as part of the scheme, but Bowen Jr. is now playing in Australia.

Bowen testified that Christian Dawkins, a defendant in a criminal trial for felony wire fraud and conspiracy to commit wire fraud, relayed the offers to him. Dawkins told Bowen that former Texas assistant Mike Morrell offered to “help me with housing” if the Longhorns landed his son.

A Texas spokesman said the school had no comment about the day’s testimony. Morrell, now the head coach at North Carolina-Asheville, did not respond to a phone message left by the American-Statesman.

Morrell was an assistant under UT head coach Shaka Smart the last three seasons. He was also Smart’s assistant four seasons at Virginia Commonwealth before the two came to Austin prior to the 2015-16 season.