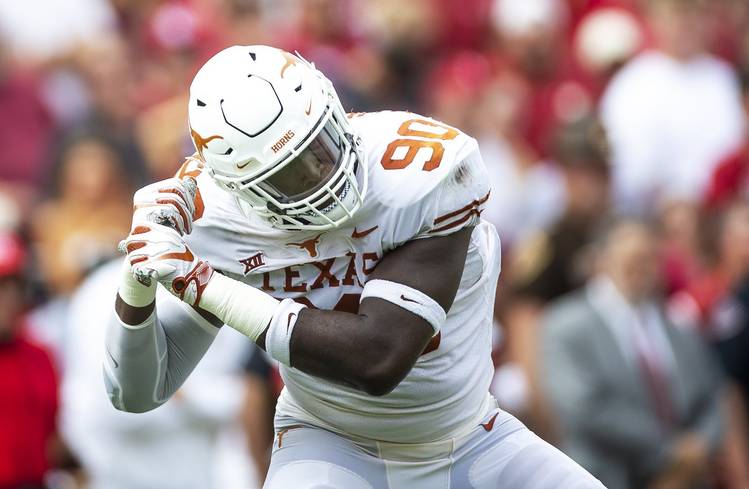 Here are five key matchups in the Texas-Baylor game to keep your eye on Saturday:

This will be the first college showdown between Ehlinger and Brewer, who are from rival high schools Westlake and Lake Travis. Brewer has thrown for 1,558 yards — 59 more yards more than Ehlinger — even though Bears backup Jalan McClendon also has earned snaps. Ehlinger is the bigger threat in the rushing game, though. Ehlinger accounted for five total touchdowns last Saturday against Oklahoma and was named the Big 12’s offensive player of the week. He didn’t play in Texas’ 38-7 win last year, but Brewer threw 27 passes.

Surely the speed of Duvernay, a junior, and Platt, a senior, has caught the attention of both defensive coordinators. Duvernay — a one-time Baylor recruit — was a high school state champion in the 100-meter dash. And three of his four career touchdown catches went for 63, 75 and 80 yards. Platt was a three-time state champion himself in the 400-meter dash, and five of his 11 touchdowns have covered at least 70 yards. Duvernay and Platt both have 17 catches this season; Platt has 58 more receiving yards.

Omenihu, Texas’ 6-6, 275-pound defensive end, has eight tackles and three sacks in the last two games, and one of those sacks resulted in a safety against Kansas State. The Bears likely already have Omenihu on their scouting report since he forced a fumble in last year’s game and recorded 1.5 sacks in the 2016 matchup. Lawrence, a 311-pound right tackle, ranks second on the Baylor roster with 31 career starts. But Baylor’s line is giving up three sacks a week; that ranks 108th in the country.

Before Texas kicker Cameron Dicker earned the award on Monday, the Big 12’s previous two special teams player of the week honors went to Baylor punter Drew Galitz and Texas return man D’Shawn Jamison. Against Kansas on Sept. 22, Galitz averaged 45.6 yards per punt and downed all five of his kicks inside the 20. Jamison’s 90-yard punt return touchdown against Kansas State on Sept. 29 was the fourth-longest return in school history. Galitz leads the Big 12 with his 44.0-yard average; Jamison has lost 7 yards on his two other returns.

Tom Herman is 2-0 vs. Rhule, having beaten him last year in Waco but also leading Houston past Rhule’s Temple Owls in the 2015 AAC championship game. Orlando, however, has an even deeper history with the Baylor coach; Orlando was UConn’s defensive coordinator in the 2008 and 2010 UConn-Temple games when Rhule was directing the Owls’ offense. Temple scored 39 points and split the decisions in those games. Since Orlando was also Herman’s defensive coordinator for those two wins, he’s allowing 14.8 points per game against teams coordinated by or coached by Rhule.

The games that count must wait, but Texas softball is set to debut new coach Mike White

The Dotted Line: Only seven uncommitted prospects remain on the Fabulous 55