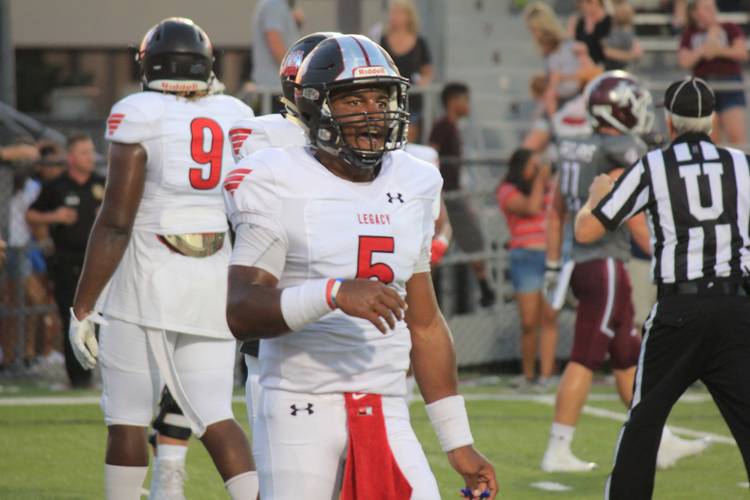 A home game against Baylor today at 2:30 p.m. gives the Longhorns a chance to become bowl eligible in front of dozens of visitors. Some of those players are in the 2019 class, while Texas also uses the day to host a numerous 2020 and 2021 prospects. Commitments like Marques Caldwell are also in town. Here are five top priorities expected to watch Texas in person against the Bears.

Johnson is now the biggest target for Texas at linebacker. He’d be the final piece of the puzzle to a strong group at the position which includes three four-star prep stars in De’Gabriel Floyd, Marcus Tillman Jr. and David Gbenda. Johnson is an athlete who can play sideline to sideline and also blitz the quarterback off the edge. He de-committed to Iowa State last week and Texas is the leader. Johnson plans to visit Arkansas next week, but a great visit to Austin could result in a commitment by the end of the weekend.

The Longhorns are in damage control with Catalon. The long-time Texas target was wowed on his visit to Arkansas and his parents wouldn’t mind if the two-sport star stayed close to home at TCU. That’s two programs Texas must overcome to land the safety prospect who also hopes to play centerfield on the baseball team. Texas was once considered the team to beat for Catalon. That’s no longer true and the Longhorns need to impress him and his family on the visit.

Lewis is a TCU commit making his way to Austin and the Longhorns will take him if Lewis wants to flip from TCU. He picked up a Texas offer on June 11 and committed to Horned Frogs eight days later. The reemergence of the Texas program combined with the struggles of TCU put Lewis back in play for Texas. Lewis caught 48 passes for 1,099 yards and 11 touchdowns as a junior.

Powell can play offense or defense. Texas likes him as a potential cornerback. He’s a raw football player who was at Midland Christian prior to his senior season. His offer list includes programs like Oklahoma and Ohio State, meaning the Longhorns aren’t the only program hoping to bet on his upside. Texas loves long, athletic cornerbacks with ball skills and that’s the projection for Powell.

Collins lives less than an hour away from campus and is emerging as one of the top defensive ends in the 2020 class. He picked up an offer from Texas on Sept. 15 and the all-district performer likes the Longhorns. He’s a big-bodied defensive end who can play multiple positions and possesses the frame to grow into a three-tech defensive tackle. He’ll be on the 2020 Fabulous 55.