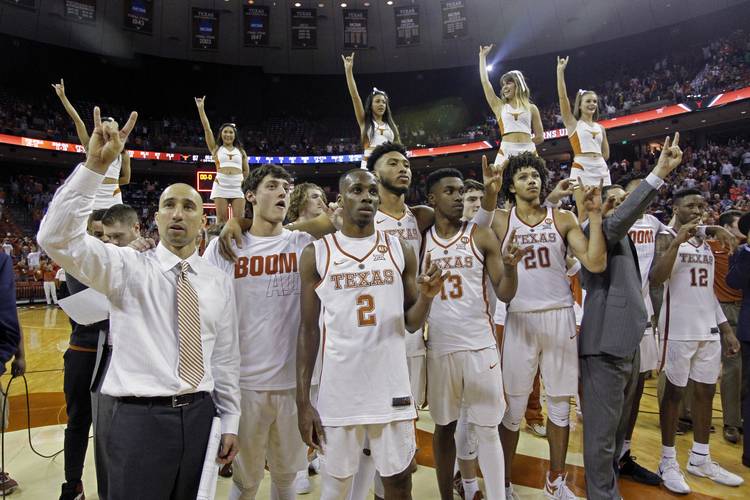 The Texas men’s basketball program picked up a commitment Monday from the long-armed, 6-foot-10 Kai Jones from the Bahamas.

In a video posted on his Twitter account, Jones wore a burnt-orange sweatshirt and said, “My name is Kai jones, and I’ll be committing to the University of Texas. Hook ’em, baby!”

Jones, a four-star prospect, grew up in Nassau, Bahamas, and spent his senior year of high school at Orlando (Fla.) Christian Prep. He chose to spend another year at a prep school in New Hampshire to figure out his basketball future.

“He’s kind of a guy that came out of the woodwork,” said Corey Evans, the national recruiting analyst for Rivals. “His favorite player was Kevin Durant. You better believe (Texas) used that with him.”

Mid-major schools first learned of Jones’ talents. Buffalo was the first to offer him a scholarship, followed by Bethune-Cookman and later Dayton. But Jones raised his profile by attending the NBA Global Camp in June in Italy and the NBPA Top 100 Camp in Charlottesville, Va.

Jones is now the 53rd-best recruit in the nation, according to 247Sports’ composite rankings. He’s also the 13th-best center recruit.

“I’m excited for every offer because it’s a blessing to play Division I basketball,” Jones told CBS Sports this summer. “Any offer is exciting once I know my parents don’t have to pay for college. It’s a blessing.”

Jones eventually chose Texas over Baylor and Florida State. He becomes the second player committed to UT for the 2019 signing class. Donovan Williams, a 6-foot-5 shooting guard from Missouri City, committed to UT on Sept. 12.

“He was super, super raw a year ago,” Evans said. “The progression the kid’s made in a year is incredible. His basketball upside is just tremendous.”