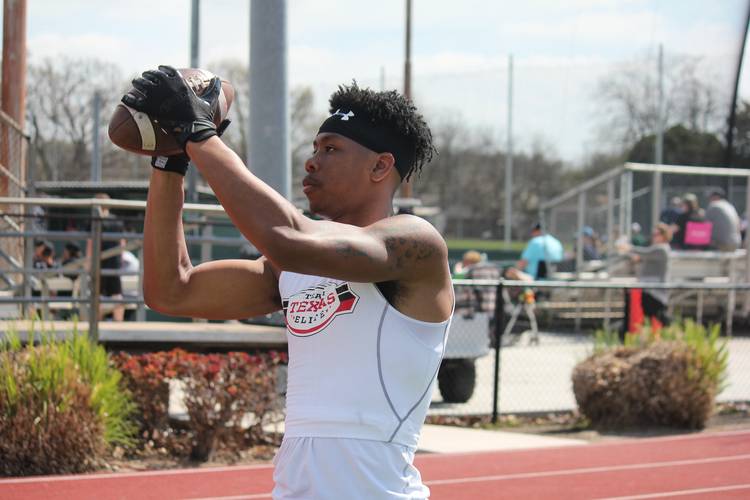 Tom Herman and his Longhorns bested Oklahoma and Lincoln Riley on the recruiting trail in the 2018 cycle and at The Cotton Bowl in the Red River Showdown in October. The two programs will battle for the crown of best recruiting class in the Big 12 for the 2019 class. The Sooners currently lead the way with the sixth-best class in the country. Texas follows at ninth. TCU, Iowa State and West Virginia round out the top half of the conference ratings, while Baylor and Texas Tech steadily add talent for the future.

Overview: The Sooners are back to winning recruiting battles against Texas and Texas A&M, specifically in the Dallas-Fort Worth region. The wide receiver trio of Bridges, Wease and Henderson stacks up with any group of receiver commits in the country. Add in Rattler and Stogner, and it’s easy to see why the 7-on-7 team made up of the Oklahoma commits took the championship at The Opening Finals in Frisco this summer.

Overview: Gary Patterson cares more about fit than star rankings. The consistency at TCU means the Horned Frogs can recruit players who fit into the system rather than recruiting the best players in the state and fitting the scheme around the talent. Duggan is a dual-threat quarterback like previous players who have won the job at TCU. The rest of the class is filled with talent at nearly every position. TCU added talent to the offensive class with Newton teammates Brown and Barlow.

Overview: The conference’s top-rated class outside of Oklahoma, Texas and TCU belongs to Matt Campbell and Iowa State. The Cyclones hold 20 commitments led by a pair of running backs and a defensive end. Brock and Hall give Campbell a one-two punch to build the future backfield, whether Campbell is still in Ames to see it or not. Peterson is a big defensive end with instincts. Two Texans are part of the 2019 class — Houston Strake Jesuit receiver Nathaniel Beal III and New Deal athlete DK Blaylock.

Overview: West Virginia relies on a different geographic area than the rest of the conference. The Mountaineers don’t hold a single commitment from a Texan. Hazel is the top-rated prospect in the group. He’s one of three four-star prospects currently committed to Dan Holgorsen’s program. The class ranks No. 40 nationally and fifth in the Big 12.

Overview: Baylor is a tough job and Matt Rhule faces a multi-year rebuilding effort following the chaos left by Art Briles. The 2019 class is shaping up as a success despite the Bears’ lack of success in Rhule’s first season. Zeno is a big, athletic quarterback who offers a threat with his arm and legs. Ellis is the best vertical threat in the state, possessing 10.4 speed with an average catch of more than 25 yards last year. Jones is a tough, hard-nosed running back with big play ability.

Overview: Texas Tech’s class is highlighted by two defenders. I’ll give you a second to take in that sentence.

Parker and Ibeneme are top 50 players on the Fab 55. Parker is a pass-rushing specialist who can play outside linebacker or grow into a defensive end. Ibeneme is a big, strong defensive lineman who can play on the edge or as a three-technique defensive tackle. Texas Tech is surging on the field and that should help Kliff Kingsbury finish the 2019 class without noise of his future in Lubbock. The only non-Texan committed to the Red Raiders is a punter from Australia.

Overview: Mike Gundy’s class is led by Oklahoma tight end Grayson Boomer, a true four-star talent and the third-best player in Oklahoma. Eight of the 17 commitments in the class are Texans, headlined by Allen defensive tackle Jayden Jernigan. The Cowboys also hold commitments from in-state offensive tackles Cole Birmingham (Katy) and Preston Wilson (Argyle). Only three of the players in the class are from Oklahoma, including Boomer. The class ranks No. 44 nationally.

Overview: Bill Snyder doesn’t rely on the typical recruiting strategy, so the rankings don’t matter much when looking at a Kansas State recruiting class. The Wildcats rely more on the JUCO and transfer route, which won’t take place until later in the cycle or next summer. Kansas State’s eight commitments are quality players with versatility. The top three-rated players are athletes, including Gardner, a true playmaker for Dallas Skyline. Tight end Konner Fox from San Antonio Reagan was a big in-season pledge.

Kansas: Lots of work to do

Overview: Work remains for the Jayhawks. Three-star running back Mueller is the program’s only commitment in the 2019 class.

Dream big, Texas: Here’s how the No. 7 Longhorns could make the College Football Playoff