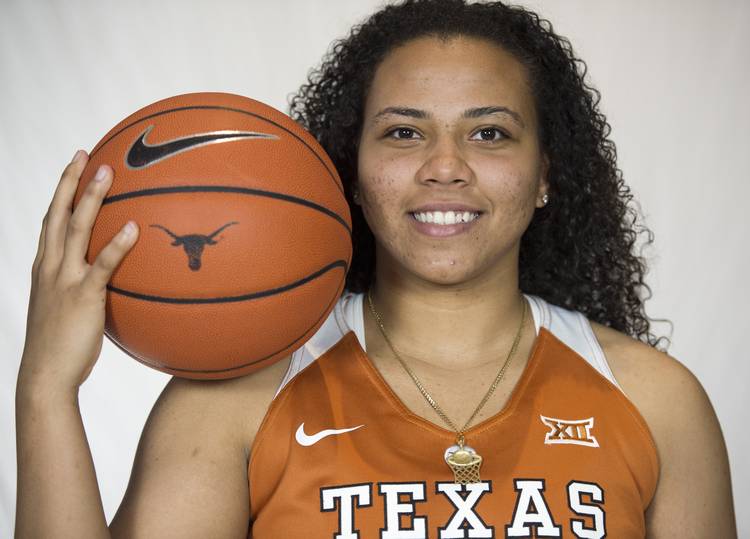 California shooting guard Destiny Littleton originally signed with USC, but was released by the Trojans after their head coach resigned. She subsequently signed with Texas. (Photo courtesy of UT Athletics)

Destiny Littleton hopes to regain the shooting stroke and passion that made her a high school phenom in California.

Now a sophomore at Texas, she vows to erase the misery that followed her throughout her freshman season. The player who was admittedly lost during her first year as a Longhorn wants to take advantage of this second chance.

Littleton and Patterson are expected to receive ample playing time when the Longhorns play host to West Texas A&M in an exhibition at 1 p.m. Sunday at the Erwin Center. The game is free to the public.

“I know it’s going to be better this year,” said Littleton, who averaged 33 points a game during her career at The Bishop’s School in La Jolla, Calif. “My approach to the game and my approach to every single day is a lot better.”

Littleton’s freshman roadblocks at Texas included minor injuries, lack of playing time and the transition of attending college some 1,300 miles away from home.

Aston has noticed a big difference in Littleton’s demeanor this fall.

“She is embracing the process that it takes to be a good player,” the coach said. “She’s embraced Texas. This was a California girl who didn’t know anything about Texas. She’s trying to make the most out of being here, and I appreciate that.”

Littleton played in only eight of UT’s 35 games last season, scoring a total of 17 points. Behind the scenes, the 5-9 shooting guard had trouble adjusting to a new life, on and off the court.

“Last year I didn’t care what anybody told me,” she said during a practice break on Wednesday. “I kept to myself a lot. I really didn’t understand that they were trying to help me. I thought everyone was against me.”

Littleton said she’s in better shape this year and will enter the year without injury. After sitting the bench nearly the entire season, she said her confidence was “super low.”

“There was a point when I asked myself whether I wanted to play the game anymore,” she said.

Littleton aspires to be a bigger factor on a team that already has established guards. Junior Sug Sutton will run the offense at point guard and senior Lashann Higgs figures to start at shooting guard. Aston has high hopes for transfer guard Danni Williams, a graduate student who set a Texas A&M single-season record last season with 71 three-pointers.

As for Littleton, she just wants to fit in and contribute when her number is called.

The Eyes of Texas: Four players to watch in Saturday’s Longhorns-Cowboys game