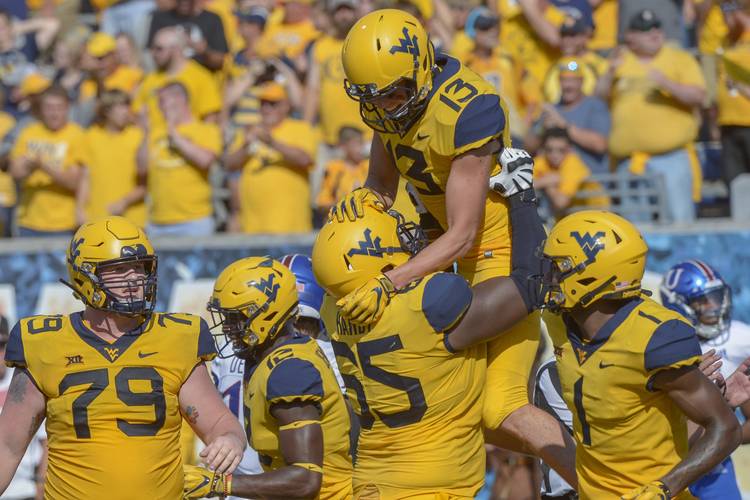 The two quarterbacks won’t face each other directly, but whoever gets the upper hand statistically is the likely winner. Ehlinger looked terrific last week against Oklahoma State and bounced back from a sprained shoulder injury he’d suffered against Baylor. He’s completing 63.5 percent of his passes this season and hasn’t thrown an interception since the season opener. Grier started the year as a legitimate Heisman Trophy candidate, and while the hype has cooled, he’s still dangerous. He’s the active career NCAA leader in yards per game (290.3).

Sills has 29 career touchdowns, the second-most in school history. He was a Biletnikoff Award finalist last year and an All-Everything for the Mountaineers. This season, Sills leads the Mountaineers in catches (37), receiving yards (529) and touchdowns (9). Boyd loves these high-profile matchups. He won the matchup against TCU (Jalen Reagor), earned a draw against Oklahoma (Marquise Brown) but lost his matchup against Oklahoma State (Tylan Wallace). Expect to see Sills go after Boyd mentally, too. Let the trash talk commence before game time.

Herman once said he makes calculated decisions on fourth downs per a color-coded binder that’s kept by coaches in the press box. This year, the odds have been on UT’s side; Texas is 6 of 8 on fourth-down conversions, a 75-percent success rate that’s tied for eighth nationally. Holgorsen isn’t as much of a gambler, apparently. He’s just 2 of 3 on fourth downs. Herman probably liked how OSU’s Mike Gundy went for it last week and was rewarded. Maybe Herman pushes the Longhorns to do the same this week and create some magic.

There’s been a lot of attention this week on Texas’ cornerbacks against Oklahoma State. But Hager, Texas’ defensive end, somehow got a free pass for his antics at the end of last week’s game. The Cowboys were taking a knee to run out the clock and Hager came around the edge like it was the opening play, sparking a wild scene that drew both head coaches onto the field. Hager has only one sack and has struggled against the zone read. Cajuste, coached by former UT assistant Joe Wickline, is a fifth-year senior offensive tackle with 26 career starts who likely won’t tolerate any craziness.

Wickline was the Longhorns’ offensive line coach in 2014-15. Initially, he’d make a bee-line off the field when the game ended and did not stay for the post-game singing of “The Eyes of Texas.” Then-UT head coach Charlie Strong made it clear that everyone was required to stay on the field for the song. A sold-out crowd will have high hopes of singing it loud and clear Saturday, both before the game and after. Too bad it’s not a night game, because this would’ve rivaled the 2012 matchup for loudest home game of the decade. Expect a raucous atmosphere.

The Dotted Line: The Week 10 guide to watch Texas commits