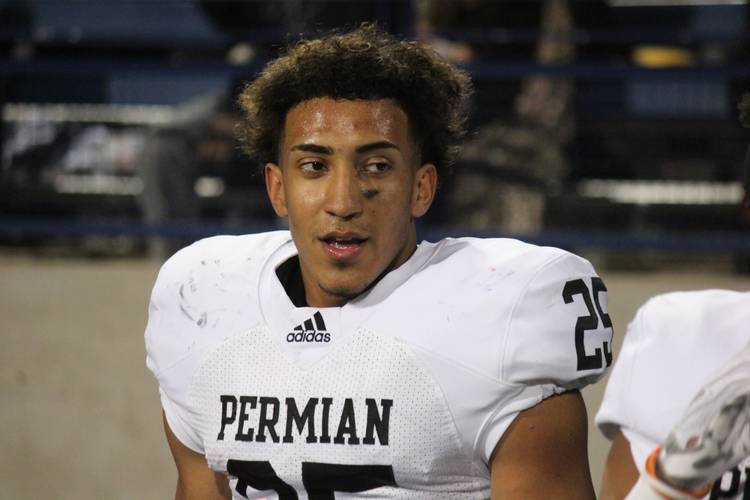 MIDLAND — Odessa Permian failed to beat rival Midland Lee in the final game of the regular season last Friday. Four-star athlete Peyton Powell did his part for Permian, however, throwing for three touchdowns. The Texas commit is listed as an athlete on recruiting sites. He starts at quarterback for the Panthers and that’s where he plans to start his college career. A move to wide receiver or even the secondary isn’t out of the question down the line. He’s that good of an athlete.

Powell committed to the Longhorns on Oct. 18, just five days following his official visit. He’s ran a laser-timed 4.45 40-meter dash and had a 37.6-inch vertical leap. He played at Midland Christian prior to his senior season and fell through the recruiting cracks longer than most players in his class. The 6-2, 182-pounder is the No. 19-ranked athlete and the No. 352-ranked overall prospect in the 2019 cycle.

Since I could walk. It’s a team game. You found a set of brothers you want to play for and you give it all for them.

It was a family decision. It was the best place for me.

I need to keep getting bigger and stronger. My goal is to help take this team as far as we can go in the playoffs. We’re a good squad.

It was about the program and what they had in store for me, not just on the football field, but in life.

I’m going to go in as a quarterback and see where it goes.