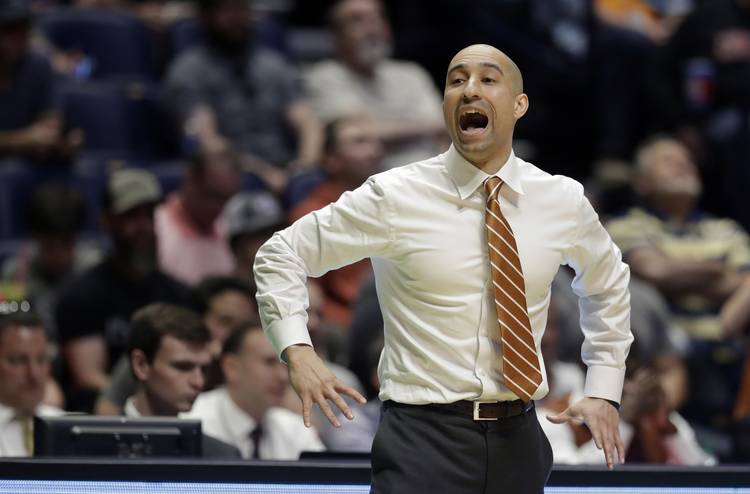 The Texas men’s basketball program has a long history of saluting the troops and then schooling them.

The Longhorns went 6-0 against the cagers from Bergstrom Air Force Base during the 1940s. A group from Blackland returned the favor with a five-point win in December 1944.

Coach Shaka Smart is hoping things stay true to form Friday against The Citadel. The Longhorns (3-0) are off to a perfect start, but at times, their footlockers have been turned upside down.

It’s the final game before things get considerably tougher. Texas next travels to Las Vegas for a game against seventh-ranked North Carolina on Thanksgiving and either No. 11 Michigan State or No. 20 UCLA on Black Friday.

“What we’re looking for is a significant step,” Smart said. “We’ve had some stretches where we’ve played really well, but we have not sustained that over the course of a full game yet. That’s typical early in the year, but as the competition continues to increase, you have to play well for longer. And that starts Friday.”

So far, Smart’s push to go more uptempo is working. Sort of. The Longhorns have gotten an average of 70.6 possessions in three games compared to 65.2 last season. Their average possession last 16.7 seconds, which is faster than last year’s average of 18 seconds.

The Horns are averaging 69.7 points per game and shooting 40.3 percent from the floor.

“I think it’s early in the season for us, for every single basketball team in college right now,” forward Dylan Osetkowski said. “Trying to find that game rhythm. Practices are a whole lot different than games. Shots are going to go in some nights and shots aren’t going to go in.”

The Citadel (2-1) has watched a ton of 3-point shots go in already this season. The Bulldogs are known for firing away from downtown. So far, they’re 51 for 126 from 3-point range.

This will test UT’s backcourt and the guards’ ability to get hands up in people’s faces. That was actually one of the Longhorns’ strengths last season. Opponents hit only 33.2 percent of their 3-point shots against Texas, the third-lowest total in the Big 12.

“Friday’s game is going to be unlike any other we’ll play all year,” Smart said. “Defensively, they change almost every possession. They’re getting the tempo up. It’s going to be one of those games where we focus on us.”

Williams finds her stroke, Texas women improve to 3-0 with 96-40 win over McNeese