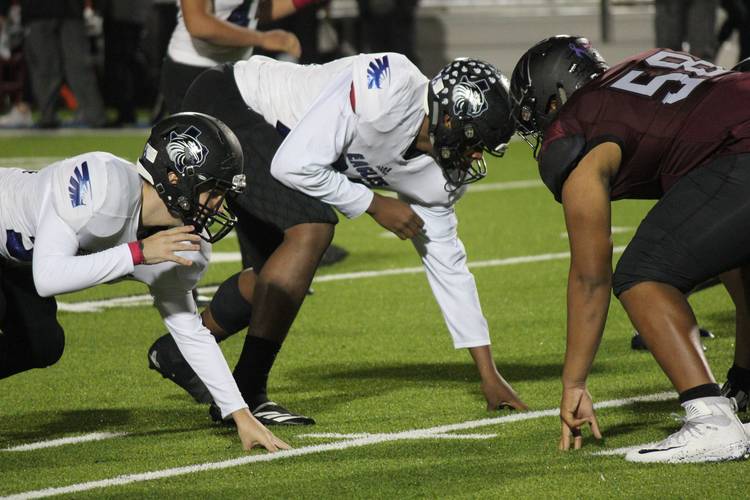 Texas is nearly 80 percent done with its 2019 recruiting class with five weeks until the three-day early signing period starting on Dec. 19. The class ranks seventh in the nation and holds 20 commitments. The focus of the recruiting efforts won’t completely shift to the top 2020 prospects in the cycle until national signing day in February, but an eye is kept toward the top juniors in the state.

Two players – quarterback Hudson Card and offensive lineman Logan Parr – are already pledged for 2020 and that number should grow by the start of the new year. Tom Herman and his staff were forced to leave the state for nearly half of its top targets in the 2019 class because of the success by Texas A&M and Oklahoma in the cycle. Texas hopes to regain that momentum in the 2020 class like it had in the 2018 cycle.

We provided scouting reports on 10 top juniors in the 2020 class earlier in the regular season. Here are five more personal breakdowns of future members of the Fabulous 55 from my time on the road. Four of the prospects already possess offers from the Longhorns and two live within 30 miles of the UT campus.

The setting: at Pflugerville Connally (Oct. 18)

The Manor defense is stacked and Umanmielen anchors the front at defensive tackle. He wants to play end in college, though his frame suggests he could reach nearly 280 pounds with ease. Umanmielen is a powerful player who bullies offensive lines and abused double-teams throughout the game. He lived near the quarterback on passing downs and should be a four-star prospect by the spring. His motor was impressive for a guy his size. Umanmielen reminds me of current Texas defensive line commit T’Vondre Sweat.

The setting: at Pflugerville Weiss (Oct. 19)

Collins is the other highly-recruited defensive end in the Austin area. He’s quicker and faster than Umanmielen. He’s also leaner and not as strong at the point of attack. That’s not a knock on Collins as much as it is a compliment to the talents of Umanmielen. The two will battle it out as the best defender in the area in the 2020 cycle. Collins is a real pass rushing threat with the ideal length for his position. Collins and Umanmielen are priority targets for Texas and both should be considered top 40 players in the state.

Bryant is the lone recruit on this list to yet land to an offer from Texas. He talks with assistant coach Oscar Giles multiple times a week and hopes to receive an offer before the end of his junior season. Texas would join Oklahoma and nine other schools to offer the four-star. Shadow Creek is undefeated and poised to make a long playoff run. The game I saw of Bryant was when he faced five-star sophomore offensive tackle Reuben Fatheree II. It was an intense battle with both players winning reps.

I’m not sure where Jackson will play in college. I just know he’ll bring an insane amount of athleticism and natural leadership to whichever position he ends up at the next level. He stars at quarterback for undefeated power Duncanville. Some think his upside is at wide receiver or in the secondary. I watched Duncanville route Molina in the rain to close out the regular season. He’s a big athlete with power and speed. The Longhorns need to win more recruiting battles in DFW and Jackson would be a big win. He’s listed as an athlete on recruiting sites and will be in the top 10 of the 2020 Fabulous 55 when it’s released in February.

Thompson might be the best safety in the state and that’s a big compliment, as the 2020 cycle is loaded with talent in the position. He’s smooth, fluid and packs a punch when he makes a tackle. Thompson is a top-tier athlete who is a borderline five-star talent with talent comparable to 2018 guys like B.J. Foster, Caden Sterns and DeMarvion Overshown. Thompson wasn’t asked to do much in the blowout win over Molina. The defense pitched a shutout in a game that was called due to inclement weather at halftime with Duncanville up 49-0.

Hold on tight: Texas nailbiters are now the norm as the Longhorns continue climbing the Big 12