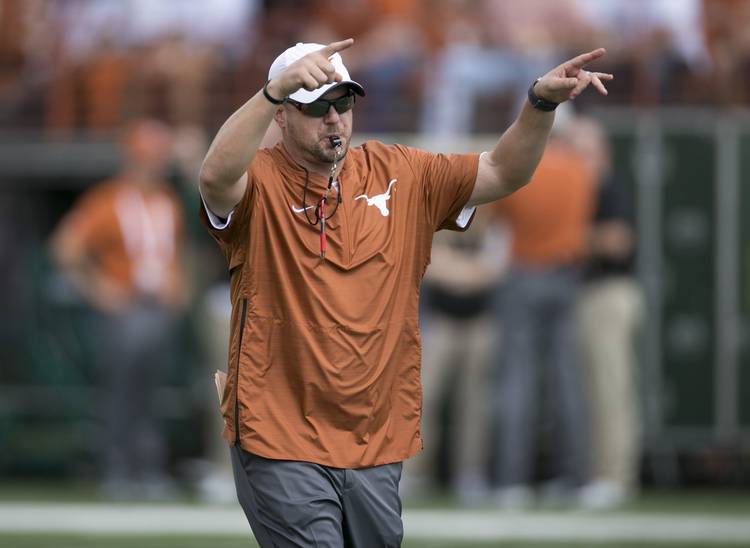 Texas took a large step towards finishing the 2019 recruiting class on Monday when defensive end Myron Warren of Early High School (La.) pledged to Texas over 26 other offers. The three-star de-committed from TCU on Oct. 9, just a day after receiving an offer from the Longhorns. Offers from Oregon, Nebraska and Virginia Tech followed. A visit to Austin for the Iowa State game sealed it for Tom Herman’s program.

Skill set: Texas enjoys running a three-man front and that requires big, athletic defensive linemen who can take on double teams and create havoc in the backfield. It’s not an easy position to play for young guys and the Longhorns like the tweener defensive ends who might not be the prototypical edge rusher or big enough to play defensive tackle. Fellow commit T’Vondre Sweat is a similar body type and player. Warren is a wrecking ball off the edge and a bully at the point of attack.

The 6-foot-3, 240-pounder is the No. 44-ranked strong-side defensive end in the class and a top-25 prospect out of the state of Louisiana. Warren is raw and relies on his natural strength and athleticism. A redshirt season at Texas would allow him to shape his body and learn the finer techniques of playing defensive end at the college level. His motor is excellent for his size and he’s the type of physical presence Texas wants up front.

Immediate impact: It’s hard to ask young defensive ends to compete for snaps as true freshman. Being blocked by grown men is much different than by fellow teenagers and it usually takes players a year or two to adjust to the physicality. The new four-game redshirt rule means prospects like Warren can improve as the season evolves and compete for snaps late in the year. Texas does lose all three starters up front and Warren will get his chance to prove worthy of game action.

Fitting into the program: Texas raided the state of Texas in the 2018 class and essentially hand picked the top prospects in the Houston area on the way to signing a top three class in the nation. It wasn’t as easy for Herman and the staff inside the Lone Star State in the 2019 cycle because of Oklahoma and the first-year bump given to Jimbo Fisher at Texas A&M. Herman called an audible and expanded the search. Warren becomes the 10th prospect to commit to Texas from outside the state in this cycle. That number likely grows before national signing day.

Recruiting at the position: Warren becomes the third defensive end committed to the Longhorns, joining fellow three-star talents Sweat and Peter Mpagi. The Longhorns are also in the mix for JUCO product Jacoby Jones, who recently de-committed from Oklahoma and was in town for the Iowa State game. That would give Texas four defensive ends in the cycle and the focus would shift on securing a commitment from a true defensive end. The Longhorns will wait until the 2020 class if the right target doesn’t emerge.