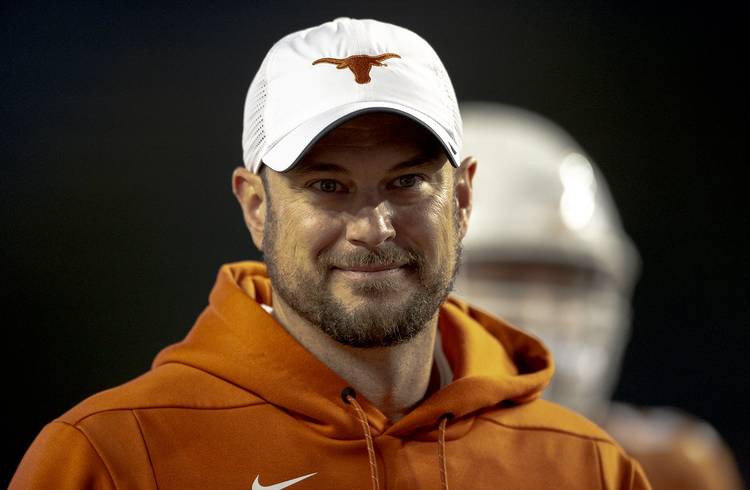 Texas’ 2019 recruiting class grew to 21 members on Monday when three-star defensive end Myron Warren picked the Longhorns. The product of Early, La. chose Texas over 26 other offers. The 6-3, 240-pound strong-side end was the third defensive linemen to pick Texas, joining fellow three-star prospects T’Vondre Sweat and Peter Mpagi. He became the 10th out-of-state pledge in the 2019 class, which ranks seventh in the nation and first in the Big 12.

I always loved basketball, but I started playing football my sophomore year and started liking it.

It’s a great place to get an education, I can get playing time and I have family all around there.

Finish off strong and win state.

Playing time, education and finding a place that they love you.

Defensive end as a pass rusher.

With turnover-causing Kansas lurking, Texas limiting its own mistakes at an impressive rate

On Thanksgiving, the Texas men face ‘a terrific early-season litmus test’ vs. No. 7 North Carolina