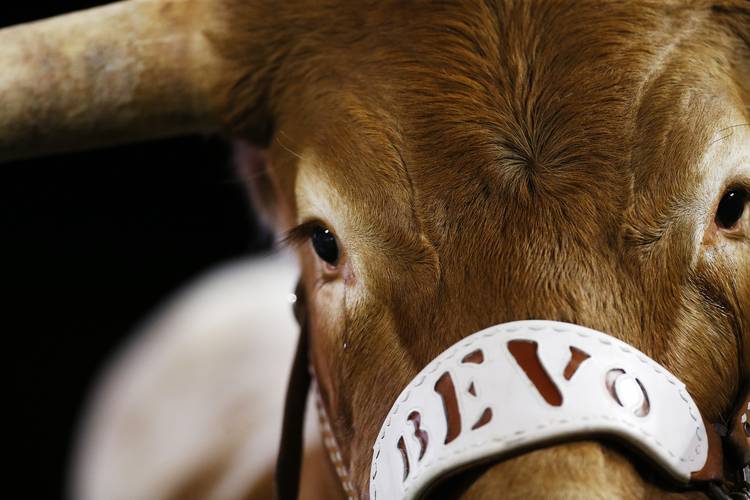 The 15th-ranked Longhorns travel to Kansas on Friday. The eyes of Texas will be upon …

Dineen, who was raised in Lawrence in a family of Jayhawks athletes, will play his final home game on Friday. A two-time winner of the Big 12’s defensive player of the week award this season, Dineen leads the conference with 133 tackles. He’s Kansas’ all-time leader in tackles for loss (44.5) and needs 10 stops on Friday to secure fourth place on the Jayhawks’ all-time tackles list. He led all players in tackles in last year’s game in Austin, with 12.

Overshadowed by Lil’Jordan Humphrey and Collin Johnson, Duvernay has 33 catches, 421 receiving yards and four touchdowns this season. Last week, Pro Football Focus placed him on its “Perfect Hands” list since he had caught all 31 of the catchable passes thrown his way. He then had two catches without a drop in a 24-10 win over Iowa State. He has had little impact in his two previous Kansas games — one catch for 10 yards in the 2016 loss and one catch for 9 yards in last year’s win.

Johnson is Texas’ leader with 74 tackles and eight quarterback hurries. He also has 5.5 sacks, including sacks in four of the last five games. The 6-6, 230-pound senior is one of two Longhorns that have earned the Big 12’s weekly defensive honor; he got his after registering four tackles for loss against USC.

Sims, a native of Houston, will end his career as Kansas’ second-leading receiver in school history. His 2,569 career yards already ranks No. 2 and he’d need 18 catches on Friday to become the all-time leader in receptions. He has 48 catches this season and is averaging 10.9 yards per reception and showcased his big-play ability on a 65-yard touchdown against Kansas State. He’s had two good games against Texas; in 2016 he led the Jayhawks with seven catches for 79 yards and he had nine grabs for 53 yards and a touchdown last year.

With NCAAs up next, Yaazie Bedart-Ghani and Morgan Johnson set for final run as UT teammates