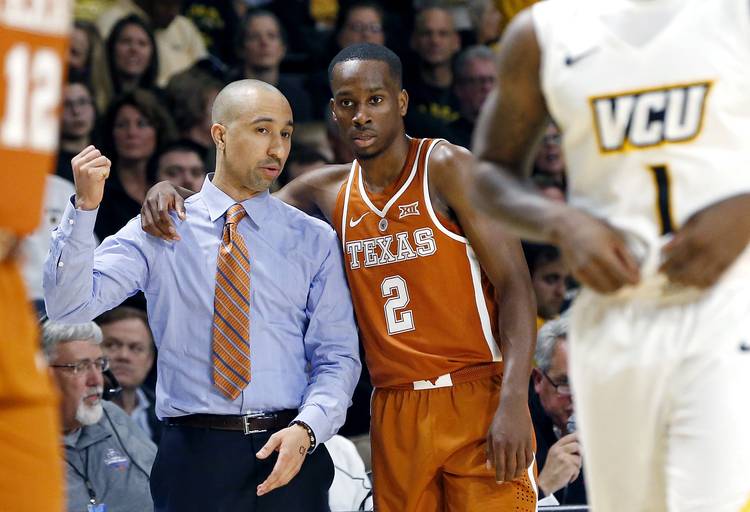 So, what happened against Radford?

Texas coach Shaka Smart spoke earlier this week about how his team didn’t “sustain the level of energy or commitment to our process” in last Friday’s 62-59 setback.

The Longhorns watched every offensive possession on Sunday to see “how we could have done a better job,” he said.

Texas, which has been the worst 3-point shooting team in the Big 12 the last two years, was 5 for 27 from long range on Friday. The Horns actually rank 66th nationally in 3-point attempts so far this season. They rank 303rd in percentage. They take a lot of shots; they miss a lot of shots.

At this rate, it’s going to be a frustrating winter for everyone inside Cooley Pavilion. Texas (5-2) hopes to get back on the right track Wednesday against Virginia Commonwealth (6-1).

“We were way too dependent on outside shooting,” Smart said. “There was almost a stubbornness with that. And I get it. If you’re a good player and feel this is a shot I can jump up and make and you’ve spent a lot of time working on it, you want to go do that.

“But at some point if it’s not going in, you’ve got to do something different,” he added. “You’ve got to attack.”

The Radford loss was merely one game on Nov. 30. Few saw it as most Texas fans’ attention was squarely on Arlington for last weekend’s Big 12 football championship game. But it wasn’t the ideal way to start a six-game home stand.

Texas was dropped from The Associated Press Top 25 one week after the Longhorns jumped up to 17th, the high-water mark in Smart’s four seasons.

“They had a tough one the last game, but they’ve been playing very good basketball,” VCU coach Mike Rhoades told reporters in Richmond, Va. “I think this is Shaka’s best team that he’s had so far.”

So what exactly what Smart’s level of anger?

Never one to get emotional with reporters, Smart said, “I told our guys it’s gotta matter as much to you guys as it does to us.”

OK, the positives. Coaches always look for the positives, and there was a bright one against the Highlanders. Sophomore forward Jericho Sims had 16 points and eight rebounds in his best outing of the year.

The Horns have been looking for ways to get Sims going, and they followed the same plan as last season. He got an easy feed for a dunk early and he was active throughout the night.

Senior Dylan Osetkowski has said multiple times that if his shot isn’t falling, he needs to make impacts elsewhere. He did with a career-high 17 rebounds. Instead of taking seven 3-pointers (and hitting only one), Osetkowski could have more impact at the high post or down low.

Senior Kerwin Roach II had a forgettable showing. He was 2 for 12 shooting and had just seven points in 32 minutes. The Horns need him to have a big impact every night. Matt Coleman III and Jase Febres struggled to have a real impact, too.

How three guards with dynamic athleticism, a quick first step and penetrating skills can only get to the free-throw line seven times against Radford is mystifying.

Coaches will continue to learn how to strategize and stop freshman Jaxson Hayes. How he can play 41 minutes in the last two games combined without grabbing a single defensive rebound is downright confusing.

In the end, it all boils down to hitting shots, or UT’s inability to do just that. “Some of them are open, good shots that, to be honest, we’re just going to need to make,” Smart said.

The experienced Longhorns know full well what kind of test awaits against the Rams. Smart said his former team’s personnel is “somewhat different and better” than last season.

In Smart’s emotional return to Richmond, the Longhorns built up a 19-point lead with 11:59 remaining and had to hold on tight for a 71-67 win.

“Our focus is 99 percent on ourselves,” Smart said. “It needs to be a self-reflection of what are the things that have brought us success? What are the things we have gotten away from. We need to make sure that’s at the front of our minds.”