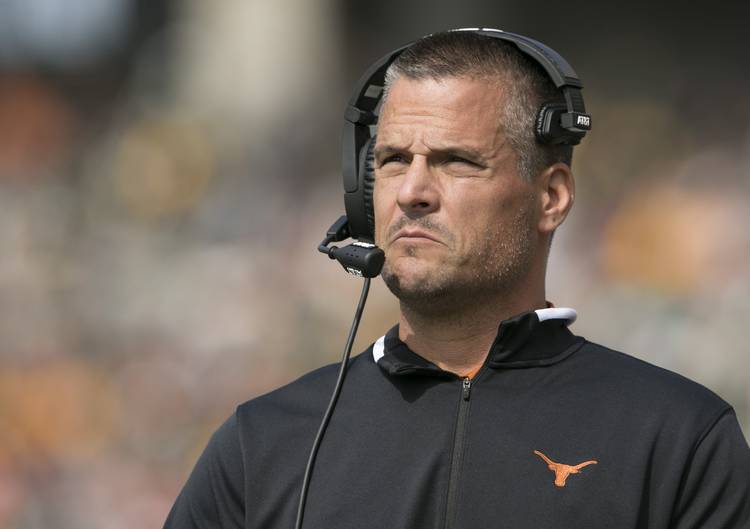 Texas’ recruiting class added another member Monday afternoon when Caleb Johnson of Fullerton College (Calif.) chose the Longhorns over Oregon and Arkansas. The three-star outside linebacker is the fourth player at the position to pledge to Texas. The 6-foot-1, 215-pound is the third-ranked JUCO outside linebacker in the 2019 cycle.

Skill set: Texas moved into the lead for Johnson back in October when he took an official visit to Austin shortly after de-committing from Iowa State. The Longhorns held off late charges from Oregon and Colorado. Johnson is a speedy linebacker who can get sideline-to-sideline against the run and blitz off the edge.

Johnson spent two years in JUCO. He made a big impact as a freshman when he recorded 5.5 sacks and 8.5 tackles for loss on 41 stops. He also forced a fumble. Texas likes versatility in its linebackers and Jonson offers defensive coordinator Todd Orlando a player who can play inside in dime sets or as the B-Backer rushing off the edge.

Immediate impact: Texas loses Gary Johnson and Anthony Wheeler after the Sugar Bowl. The Longhorns needed players who could make an immediate impact in 2019 and the staff thinks Caleb Johnson is one of the players, along with four-star inside linebacker De’Gabriel Floyd.

Caleb Johnson should be physically ready to compete in the two-deep from the moment he arrives on campus. The candidates to replace Gary Johnson and Wheeler are mostly unproven and that gives all incoming players a chance to impress the coaching staff before the opening game and early in the season.

Fitting into the program: The three-star outside linebacker is exactly what Orlando likes in players at the position. Texas loves linebackers who can play in space against the run and the pass, as well as get after the quarterback. Caleb Johnson checked those boxes at the JUCO level and the Longhorns need him to be an impact player in Austin. He’s one of three commitments in the class from California and the second from the JUCO ranks, joining defensive end Jacoby Jones.

Recruiting at the position: Caleb Johnson puts a bow on a solid four-man linebacker class in the 2019 cycle. He joins Floyd, Marcus Tillman Jr. and in-state product David Gbenda. Floyd and Tillman plan to enroll early. Caleb Johnson should be advanced once he steps on campus because of his age. That gives Texas three guys to add to the mix in 2019 and a project in Gbenda to unleash on the Big 12 after a redshirt season.

Still bitter about the loss to Oklahoma, Texas gets a chance for redemption vs. Georgia

‘An innovative deal’: How Texas will get a $300 million basketball arena at no cost to taxpayers, boosters