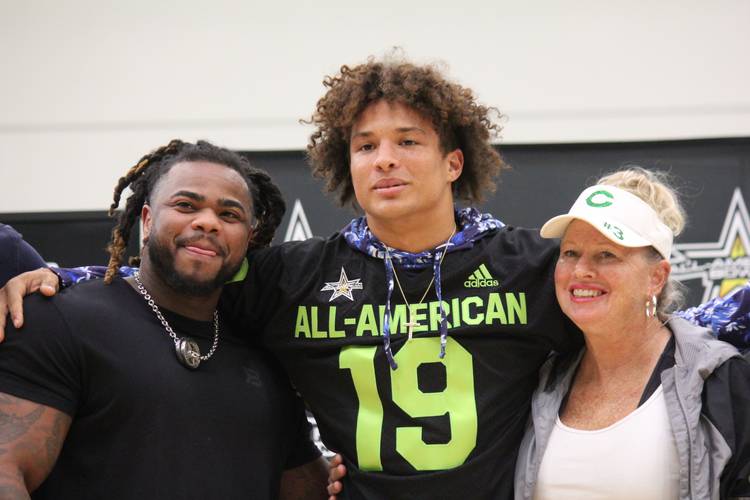 Jordan Whittington and his family at the All-American Bowl jersey presentation in Cuero. (Mike Craven)

Scouting report: Whittington is the most explosive athlete in the state. He’s a star at both wide receiver and safety. His stock slipped some nationally because a groin injury kept him out for eight months. This forced him to miss the elite camps like The Opening Finals and from participating in the elite 7-on-7 tournaments so many recruiting services deem as important. With pads on, however, few can match the impact of Whittington.