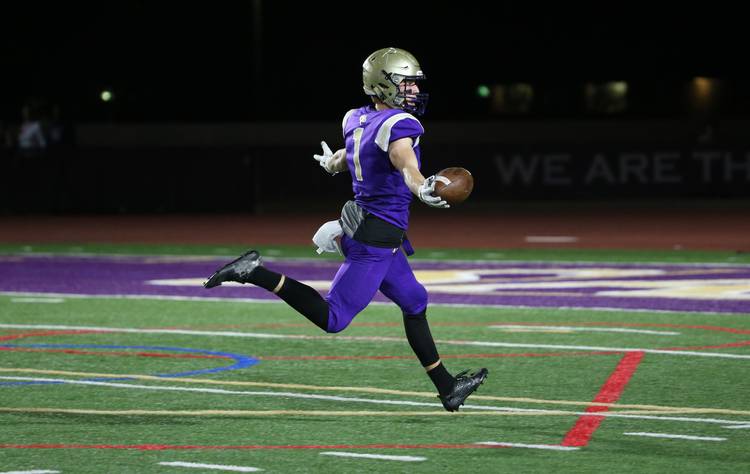 Notre Dame Prep's Jake Smith (1) celebrates as he heads into the end zone for a touchdown during the first half against Desert Edge at Notre Dame Prep in Scottsdale, Ariz. on November 3, 2017.

Scouting report: Smith was awarded the Gatorade Player of the Year award after a stellar senior season. He became the first player in Arizona to rush and receive for more than 1,000 yards in the same season since 2011 when he did it as a junior. He nearly matched those numbers as a senior and led his team to back-to-back state title appearances. Smith will play slot receiver and contribute in the return game at Texas.

His numbers are staggering. He caught 64 passes for 1,112 yards and 22 touchdowns as a senior, adding 741 yards and 15 touchdowns on the ground. Smith returned two kickoffs for scores and added 20 tackles on defense. He became his school’s first ever Gatorade Player of the Year and finished his career with 5,5446 total yards and 72 touchdowns.