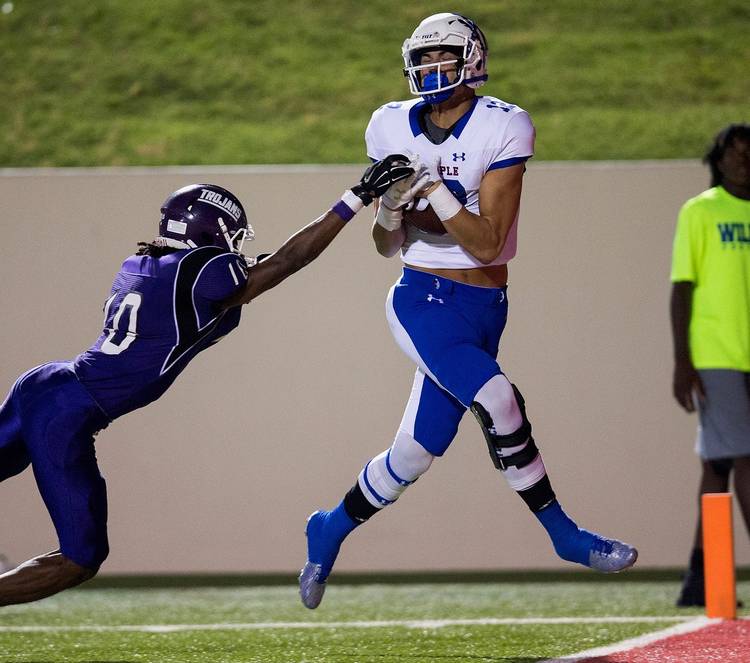 Scouting report: Wiley spent his senior season starring at quarterback for Temple. He’ll transition to tight end in Austin and is expected to enroll early and skip his senior season of baseball. Wiley is a huge prospect who towers over most players on the field. Wiley is a large-framed tight end with athleticism. He’s yet to spend years honing his craft as a receiver as he splits time at quarterback. He’s in position to win the starting quarterback spot at Temple as of spring practice. What Wiley lacks in experience or sheer production, he makes up for with potential.

He did play some tight end earlier in his high school career and is not foreign to the position. Wiley is potentially a three-down tight end who can excel as a run blocker and a receiver. Wiley caught 25 passes for 323 yards and four touchdowns as a junior. He should be afforded the time to develop considering the wealth of talent signed by Herman since arriving in Austin. Wiley proved as a junior that he can be a productive tight end.