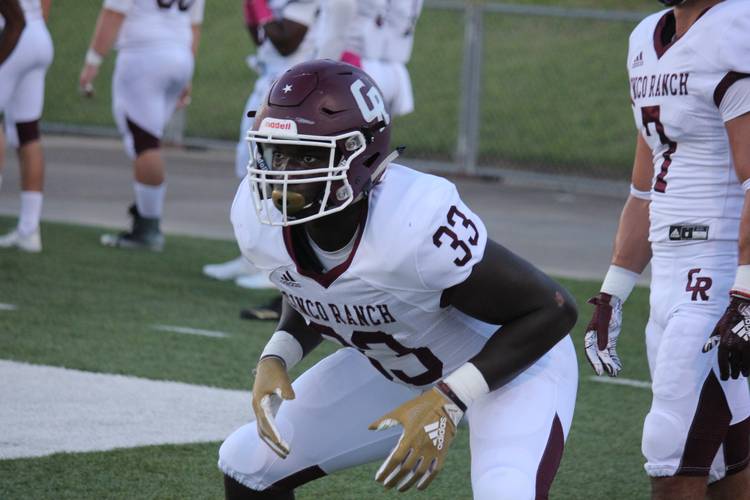 Scouting report: Gbenda is a modern inside linebacker. He’s tough and hard-nosed like all middle linebackers need to be, but he can also run sideline-to-sideline and isn’t uncomfortable in pass coverage. He’s the idea Big 12 middle linebacker because of his athleticism. Gbenda is a run-stopper first, however. He’s a thumper at the point of attack and doesn’t mind taking on lead blockers or pulling offensive linemen.

His instincts for the game are evolving and his best football is years ahead of him. Gbenda can also rush the passer, something Texas defensive coordinator Todd Orlando likes in linebackers. The 4-star is built like the types of middle linebackers Orlando has chased since arriving in Austin. Both Gary Johnson in the 2017 class and Ayodele Adeoye in 2018 are around the same size and bring speed to the position.