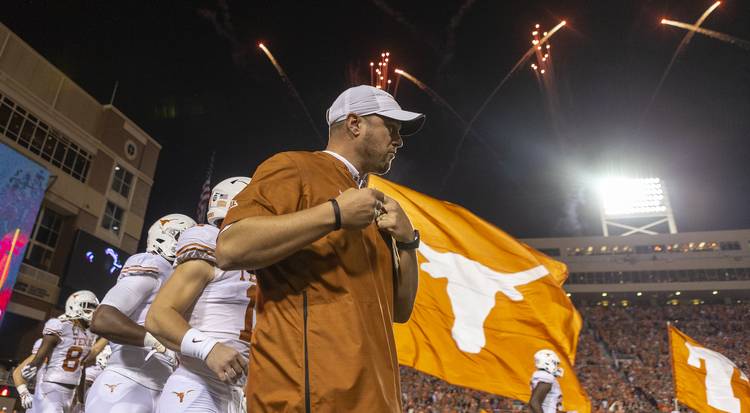 Scouting report: Lewis emerged as a junior when he caught 48 passes for 1,099 yards and 11 touchdowns after recording five touchdowns on 11 catches as a sophomore. The three-star gives Texas something none of the other wide receiver commits in the 2019 can offer: Size. He’s a legit outside wide receiver with a big, long frame. That makes Lewis a real red zone threat and great at jump balls. His size makes him hard to tackle after the catch.

He’s becoming a better route runner and a more consistent pass catcher as a senior. Lewis is a big wide receiver, but he’s not just a possession guy. He’s a real vertical threat and hard to jam off the line of scrimmage because of his physicality. Lewis is also a willing blocker and Herman loves that in wide receivers. He originally picked up a Texas offer on June 11 and pledged to TCU eight days later.

The Longhorns hope to build enough depth at every position that true freshman aren’t needed to make an immediate impact. Wide receiver is a tough position to pick up for young guys. Even stars in the 2018 class like Brennan Eagles, Joshua Moore and D’Shawn Jamison have found it hard to get consistent snaps. Lewis won’t be needed in 2019 and that’s a good thing for him and the program. A redshirt season and a year to refine his art on the edge will serve him well in the future.

Meet the Longhorns: Texas dipped out of state for tight end Brayden Liebrock