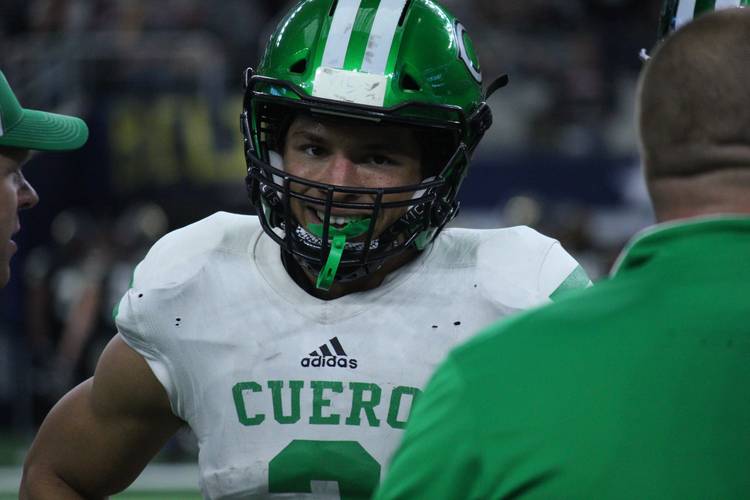 The first wave of commitments in the 2019 class signed with Texas during the three-day early signing period. Tom Herman inked 22 prospects with six set to enroll early, including record-setting athlete Jordan Whittington.

Here are the offensive grades as the class stands now:

Nothing wrong with signing the best dual-threat quarterback in the state. Texas identified Johnson as its priority at the position early and earned his commitment back in July 2017. It was a down year for quarterbacks in the state and around the country. Johnson wasn’t as highly regarded as Cam Rising was in the 2018 class, but that doesn’t mean a thing once a prospect is on campus.

Brown is a legit prospect worthy of his four-star status. He’s the No. 13-ranked running back in the entire class and played at a major prep program in Buford, Ga. The disappointment was missing out on both Trey Sanders and Noah Cain of IMG Academy. Cain picked Penn State. Sanders is headed to Alabama.

That leaves the Longhorns in a bind because the numbers aren’t great at running back. Only Keaontay Ingram and Daniel Young return with any real experience for the 2019 season. That puts a ton of pressure on Brown to provide depth immediately if Texas can’t lure an unsigned Fabulous 55 member like Katy’s Deondrick Glass or find another grad transfer like it did last year with Tre Watson.

Texas managed to sign a strong three-man wide receiver group despite the lost commitments of guys like Demariyon Houston and Peyton Powell. Texas also missed out on local prospects like Garrett Wilson (Ohio State) and Elijah Higgins (Stanford). Whittington is a stud and Smith won Gatorade’s national player of the year award after recording more than 2,000 yards of total offense as a junior and a senior. Lewis is a well-rounded athlete with a 6-3 frame.

All eyes turn toward five-star athlete Bru McCoy of California. The two-way star plans to announce at the All-American Bowl in San Antonio on Jan. 5 in San Antonio. Texas and USC are the final two schools in the mix. He’d provide Texas with a legit five-star talent in the cycle.

The offensive line was almost a real concern when Texas managed just one signature on Wednesday. Johnson is a four-star prospect and the best tackle Herman has signed since taking the job in Austin, but Texas needed multiple players at the position. The potential meltdown started when Javonne Shepherd chose not to sign, adding more smoke to the rumors of a potential flip to Texas A&M.

The concerns heightened when four-star offensive tackle Isaiah Hookfin appeared headed to Baylor instead of Texas. Hookfin postponed his planned decision on Friday and eventually signed with Texas on Friday night. That gave Texas a strong in-state pair of offensive tackles with the chance to convince Shepherd to stick in February and explore any options left in the JUCO or grad transfer market like it did with Calvin Anderson in 2018.