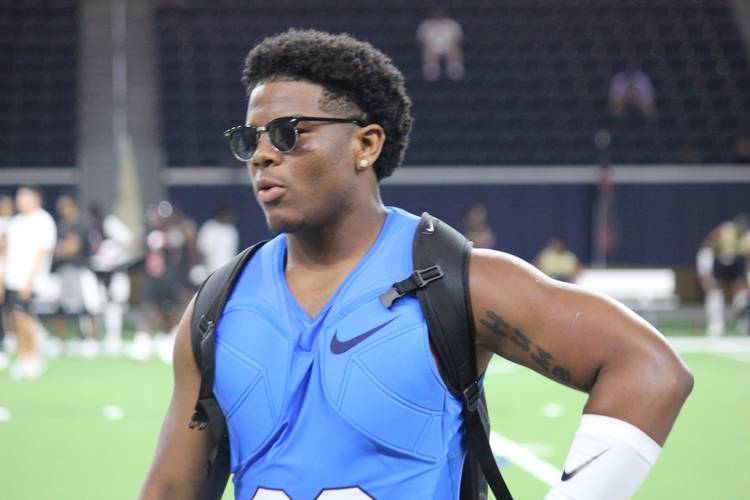 The first wave of commitments in the 2019 class signed with Texas during the three-day early signing period. Tom Herman inked 22 prospects with six set to enroll early, including four-star inside linebacker De’Gabriel Floyd.

We graded the offense on Monday. Here are the defensive grades as the class stands now:

Texas cleaned up at end with four unique prospects all offering something different on the field. Jones is a JUCO product ready to compete right away at a position group that’s losing Charles Omenihu and Breckyn Hager. Sweat and Warren are big-bodied players who can help stop the run until they refine pass rushing skills, while Mpagi possesses a shot to help as a pass rushing specialist as a freshman.

Defensive tackle was the big miss. Texas doesn’t need as many of the typical three-technique tackles that other schools recruit because of its formation. Texas utilizes two ends, one big noseguard and speedy linebackers and edge players. Sweat and Warren are potential stars.

Sospher holds a UT offer, but the Louisiana product appears headed to Alabama or LSU. He isn’t signing until February, so there’s a slight chance Texas will get back in the mix. Remember, Moro Ojomo emerged as a top target at this time last year and a prospect appearing from the background is a possibility at any positions.

Mowry is a four-star end who didn’t sign with Texas A&M during the early period.

The Longhorns did great at linebacker with four legit prospects. Johnson is a JUCO product ready to compete for starting spots at all three linebacker positions. Floyd and Tillman will enroll early. That’s great news for a position group that’s losing Gary Johnson and Anthony Wheeler after the Sugar Bowl. Gbenda is an in-state prospect with tons of upside.

It’s unlikely Texas chases another linebacker in this class unless it’s a JUCO product or grad transfer.

Texas wanted a pair of long, athletic cornerbacks with the ability to play slot, safety or outside. Mission accomplished. Watson is the higher-touted of the two, but Caldwell is a sneaky athlete with a great frame and tons of upside. The three-star missed his senior season with a labrum injury. Watson is a product of football factory Grayson High School in Buford, Ga. He’ll immediately compete with guys like Anthony Cook and Jalen Green.

Texas will end up with an A+ if it lands Catalon in February. Owens is a freaky athlete with untapped potential. He impressed the coaching staff at a camp in the summer and immediately shot up recruiting ranks once his senior season began. Adimora is a blur who excelled at safety and wide receiver in California. Texas signed the top three safeties in the nation in 2018 and followed it up with a pair of strong prospects.