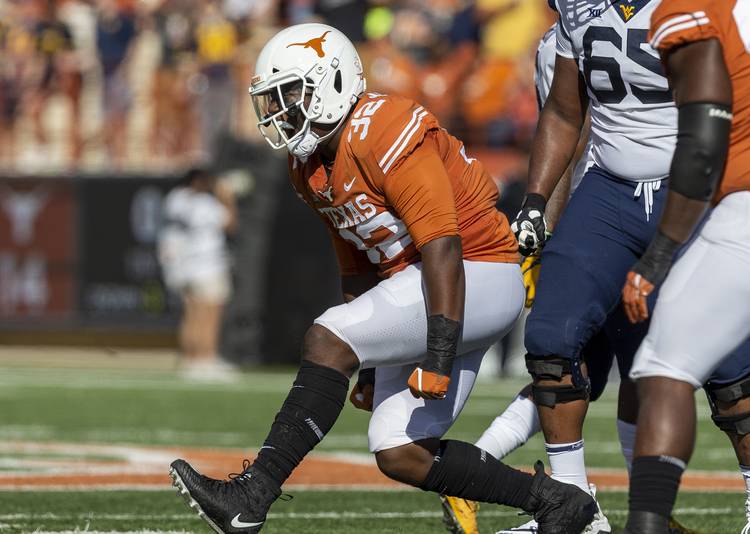 NEW ORLEANS — Many Texas players got their first-ever look at the New Orleans Superdome at practice Friday morning. Malcolm Roach was not one of them.

You see, Grambling State and Southern University meet at the Superdome every year for their revered Bayou Classic rivalry game, a SWAC showdown that has drawn at least 65,000 fans the past three years. In 2016, more fans went to the Bayou Classic than did the Sugar Bowl.

The Bayou Classic was a Thanksgiving-time tradition for Roach’s family as he grew up. His father, Mike, played at Southern and later served as Grambling State’s defensive coordinator. His older brother was an all-conference safety for Grambling State, and Roach added that ” my whole family went to Southern.” Two years ago, Roach was on the Superdome sideline as his dad coached Madison Prep Academy in a high school championship game.

“The Superdome is nothing new to me,” said Roach, a Baton Rouge native.

Adds Mike Roach: “We’ve had our share of playing in the Dome, and Malcolm knows all about it. He just hasn’t had a chance yet.”

Roach will get that chance on New Year’s Day when Texas (9-4) battles Georgia (11-2) in the Sugar Bowl. Georgia is averaging 39.2 points per game. And Roach will be tasked to help slow the nation’s 12th-ranked rushing attack.

Roach expects to have 20 to 25 of his fans in the stands, although Mike Roach joked that “I think my wife’s been hustling (more) tickets.” Nancy Roach said everyone’s excited about her son’s appearance at the Superdome. She has been attempting to secure additional seats for a support group that includes Roach’s family and members of his church.

Roach heads into his pseudo-homecoming having recorded 20 tackles and two quarterback hurries this season. The starting “B” linebacker in each of UT’s first three games, Roach sustained a foot injury in the win over USC. That cost him five games.

Upon his return, Texas began using him on its defensive line. He is now listed as Breckyn Hager’s 6-3, 270-pound backup at defensive end.

Roach has already taken defensive teammates to his favorite spot in New Orleans, a fried chicken restaurant that’s located inside a gas station. Brother’s Food Mart was a hit, he said. That contingent of well-fed Longhorns included senior Chris Nelson, the belly-rubbing defensive tackle who had put his Pelican State-raised teammates on notice earlier in the week.

“All they do is hype up their food,” Nelson said. “I’m ready to try it out and see what it’s all about.”

Roach played 25 snaps in his return on Nov. 3 against West Virginia. The following week, he pressured Texas Tech quarterback Jett Duffey into a red-zone interception in UT’s 41-34 win in Lubbock. None of the UT defensive lineman bettered Roach’s five tackles in the Big 12 championship game loss to Oklahoma.

He didn’t flinch when he was asked to move to the defensive line. Roach, after all, started three times as a defensive end in 2017.

“Anywhere they put me, I’m comfortable,” he said. “I take pride in (that). I think I’m one of the most versatile players in the country.”

Sugar Bowl notebook: What does the future hold in store for Texas’ Keaontay Ingram? ‘It’s Heisman’

Roach rediscovers the paint, and the Texas men cruise past UT-Arlington 76-56