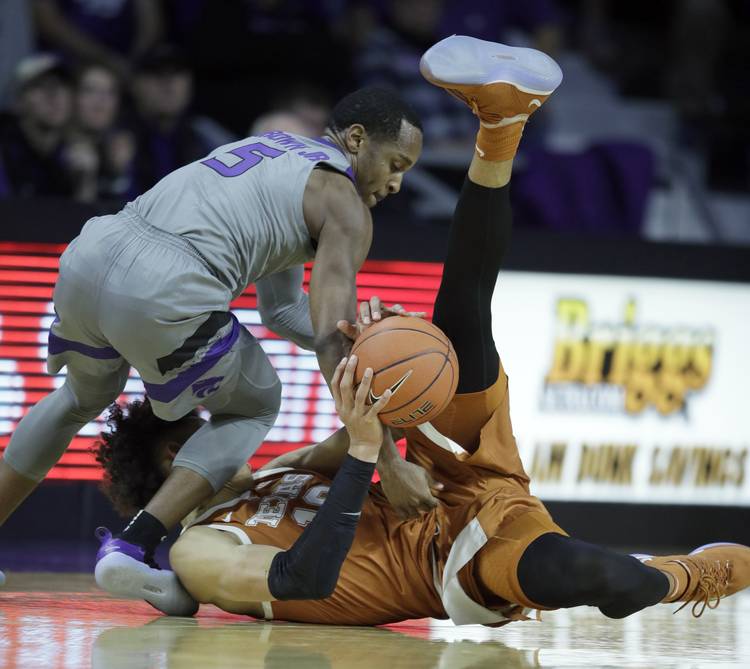 Perhaps for the first time in his four seasons at Texas, Shaka Smart is benching players who don’t bring “juice,” as he calls it, and playing those who do. The Longhorns’ head coach is done worrying about their feelings.

Watch Texas’ personnel deployment in Saturday’s Big 12 home opener against West Virginia (8-5, 0-1 Big 12). If someone’s not getting it done, expect him to take a seat.

Texas (9-4, 1-0) won its Big 12 debut over Kansas State on Wednesday in part because of things you don’t see in the box score. Floor burns, saving the ball from going out of bounds and sheer hustle plays usually won’t make the highlights, either.

The Longhorns did all of those things in the final 10 minutes, turning a one-possession game into a 20-point blowout. That team, the one that played those last 10 minutes, could be competitive with anyone.

Sure, Jase Febres’ seven 3-pointers and career-high 23 points helped in the 67-47 win. But Smart knows if this team doesn’t play with energy and urgency, it simply won’t work. Not in this league. The coach sure understands the importance of January and February.

“It’s somewhat of a change in mindset in me, and (the players) are starting to sense that more,” Smart said Friday. “Actually, our assistants have done more of the substitutions than ever before, because they know there are certain non-negotiables that we’ve discussed prior to the game.

“If a guy doesn’t dive on the floor for a ball,” Smart said, then assistant coach Darrin Horn knows to send in someone else. That’s why freshman forward Jaxson Hayes is now starting and sophomore Royce Hamm Jr. is getting time while Jericho Sims’ minutes have decreased.

It’s amazing the sense of urgency one has after some rather embarrassing non-conference losses. Texas cannot afford to waste any opportunities early in conference play, especially given the opposing teams’ injury issues.

Kansas State was without two of its best players, Dean Wade and Kamau Stokes. West Virginia is expected to be without Sagaba Konate, the Big 12’s best shot-blocker. Next Tuesday’s opponent, Oklahoma State, was picked to finish last in the league.

Smart sees the potential for a 3-0 start to league play before games against Texas Tech, Kansas and Oklahoma. He’s tried the carrot. Time for the stick.

By this point, Smart was coaching up a room full of reporters, too.

It’s all about “whoever brings the most energy to our team,” Smart said. That’s why he’s now starting Hayes over Sims, who started most of non-conference play. Hayes had a career-high 11 rebounds and two blocks against the Wildcats and seemed like he was all over the place.

“It’s all about bringing that level of energy to the floor,” Smart said. “That becomes certain things when you’re playing that big spot. It’s grabbing the ball off the glass, it’s sprinting the floor, it’s being in a stance anchoring our defense, talking and pointing to your teammates. It’s sprinting on a screen-and-roll. All those things go into giving your team energy.”

Smart also subbed in guard Elijah Mitrou-Long in favor of Febres. The coach loves Febres’ 3-point shooting, but you must contribute more. Things happen when Mitrou-Long is on the floor. With Febres in December, if he wasn’t shooting, he wasn’t totally visible.

If any one Longhorn isn’t ready to meet that challenge, Smart will sit him for someone who is.

Looking ahead: If Texas keeps its 2018 resilience, then 2019 could be just as successful