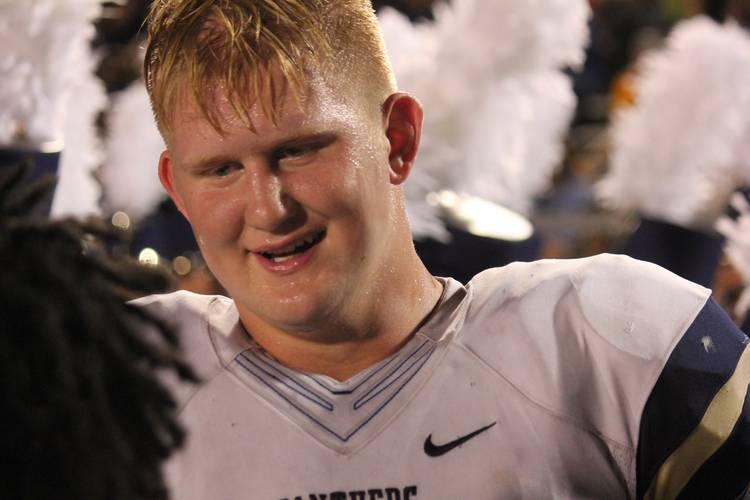 Texas secured 21 signatures during the early signing period on Dec. 19. That means only a handful of spots remain open. It also means the staff can start to shift even more focus toward the 2020 class.

The 2020 cycle should be an arms race for Texas, Texas A&M and Oklahoma because all three programs hold momentum on and off the field with the trio all set to sign top-10 classes in the same year for the first time since 2004.

Here are the needs and early top targets for the Longhorns in 2020. Texas holds two offensive commitments so far.

Texas secured its quarterback for the 2019 class early when Roschon Johnson pledged in the summer prior to his junior season. The Longhorns pulled a similar trick for the 2020 cycle when Card, a Lake Travis product who grew up a UT fan, pledged as a junior.

It’s unclear whether the Longhorns are done at the position. Hornsby, a dual-threat from Fort Bend Marshall, is the only uncommitted quarterback with a  Texas offer. Much of it depends on what happens with the possible transfers of guys like Cam Rising and Casey Thompson.

Card is a four-star dual-threat who fits the style of quarterback that Tom Herman and Tim Beck prefer. He started at wide receiver for Lake Travis as a sophomore and took over the quarterback position as a junior. He led his team to the state semifinals and put in a strong showing at the Future 50 Camp ran by Under Armour last week in Orlando.

Evans is arguably Herman’s most important recruit so far at Texas. The program that lands the five-star running back from Galena Park North Shore holds bragging rights because every major program in the country is in the mix. Evans is a generational talent, drawing comparisons to Adrian Peterson. He’s that good.

One running back won’t be enough, especially if Texas can’t find a prep prospect at the position before the end of the 2019 cycle. The Longhorns signed only four-star Derrian Brown in the early period and don’t return much reliable depth with the departure of Tre Watson.

Milton and Evans have discussed playing together in college. The Longhorns are after both, as well as a few in-state prospects like Jordan, McGowan and McClellan, who is committed to Oklahoma.

Demas is committed to Texas A&M but that won’t stop Texas, and other programs, from chasing the elite wideout. He’s the second-best wide receiver in the state. Texas hasn’t done great in Fort Bend County despite its success in Houston. Omeire would be a big win at a position of need in 2020.

Cooper is a teammate of 2019 signee Marcus Washington. Cooper is a playmaker in the mold of Jordan Whittington. He can play all over the field but is considered a slot receiver and third-down back. Texas is also in the mix with slot receivers like Dixon, who is the brother of current Longhorn Keaontay Ingram.

Joel Williams is an athlete from Louisiana whom Texas is high on early.

This position is still foggy. Figgins was a teammate of 2019 signee De’Gabriel Floyd at Westlake Village in California, but is already committed to Oregon. Texas has yet to offer a single in-state prospect. Herman recently mentioned at a coaching convention that tight end is among the hardest positions to evaluate and recruit at the high school level.

Texas is not done recruiting 2019 prospects along the line after signing just Tyler Johnson and Isaiah Hookfin during the early period. The Longhorns do hold a commitment from four-star Javonne Shepherd, but Texas A&M is in the mix to gain his national letter of intent in February. That makes 2020 even more important for Herman and assistant coach Herb Hand.

Texas started well with an interior four-star prospect like Parr. The Longhorns are in good position with the trio of George, Majors and Lindberg, who all share a group message with Parr. Garth blocked for 2019 quarterback signee Roschon Johnson.

With injuries piling up elsewhere, Texas looks to stack up more wins early in Big 12 race