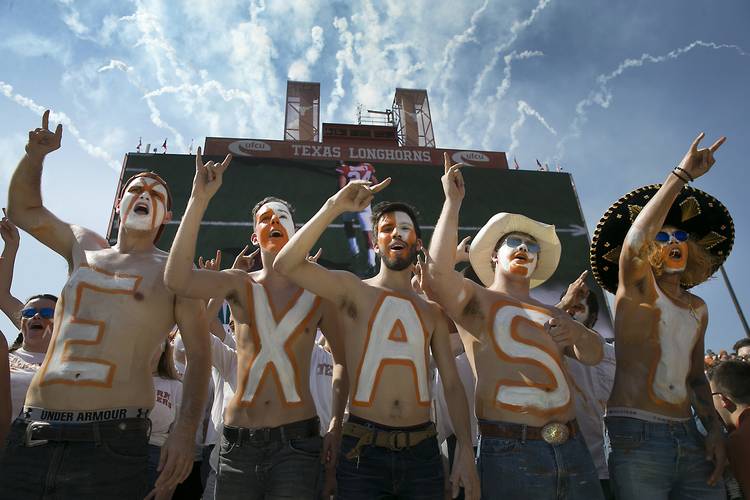 This is the second half of the American-Statesman’s fourth annual 20 for 20 project, a Longhorns recruiting primer some 20 days out of national signing day, which this year falls on Feb. 7. Nos. 1-10 of our 20 for 20 published this morning.

No program dominated the state like Texas did in 2018 when the Longhorns signed the top five players on the Fab 55. The top player in the state is Garrett Wilson and he’s headed to Ohio State. Texas A&M landed three of the top 10 players, with the Longhorns claiming four-stars Tyler Johnson and Jordan Whittington from the top-10 of the 2019 Fabulous 55. Oklahoma signed three of the state’s top-12 prospects.

The early signing period is eliminating most of the suspense recruiting fans grew accustomed to heading into national signing day. There’s not an unsigned player within the top-20 of the Fab 55 and only three prospects on the list remain uncommitted.

The top uncommitted prospect in the state is Mansfield Legacy safety Jalen Catalon. The four-star also plays baseball and is considering Arkansas, TCU and Texas. He announces on Friday. The other two uncommitted prospects are defensive ends Steven Parker and David Ugwoegbu.

Texas A&M possesses the third-ranked class in the nation and hold commitments from top prospects like DeMarvin Leal (DE), Kenyon Green (OL) and Baylor Cupp (TE). The Aggies also are in hot pursuit of current UT offensive line commit Javonne Shepherd. Jimbo Fisher received the expected first-year bump as 2019 is his first full recruiting cycle as head coach. Tom Herman also inked the third-best class in the nation in 2018, which was his first full cycle.

The four-man wide receiver class could be special. The headliners are slot receivers Jordan Whittington and Jake Smith. Whittington scored six touchdowns in the Class 4A Division I state championship win for Cuero and was an All-American Bowl participant. Smith won the Gatorade Player of the Year award after a stellar senior season at Notre Dame Prep in Arizona.

Add in an overlooked four-star in Marcus Washington, who scored two touchdowns and was named the Under Armour All-America MVP in Orlando, and a big-bodied project like Kennedy Lewis and that’s a great cycle for the wide receiver room.

It was a good year for Austin. Lake Travis five-star wide receiver Garrett Wilson headlined the 2019 Fabulous 55 and signed with Ohio State. Bowie’s four-star wide receiver Elijah Higgins is off to Stanford, while Round Rock Cedar Ridge’s Jaylen Ellis signed with Stanford. Hutto quarterback Chase Griffin capped off a record-setting career with the Hippos with a district championship. He’s now enrolled at UCLA.

Texas wasn’t as Houston-heavy as it was in the first two classes under Herman. The Longhorns actually went out of state for a bulk of the recruiting class once it was clear Texas A&M and Oklahoma won early on some of the best targets in the state. Eleven of the 22 prospects who signed with Texas during the early period played football outside of the Lone Star State.

Texas signed 22 of its 23 commitments during the early period with four-star offensive tackle Javonne Shepherd electing to wait until February. The Longhorns signed 19 of the then 21 commitments at the early signing period in the 2018 class. Don’t expect that trend to change across the recruiting landscape. The early period is the new national signing day. The February date is left for guys still needing time to decide.

Offensive line is the top priority for the Longhorns in the 2020 class and they’re already off to a hot start with the commitment of four-star Logan Parr of San Antonio O’Connor. He’ll play interior offensive line, most likely at guard. The Longhorns are in good position for future members of the 2020 Fabulous 55 like Damien George (Galena Park North Shore), Jake Majors (Prosper), Chad Lindberg (Clear Creek) and Jaylen Garth (Port Neches-Groves).