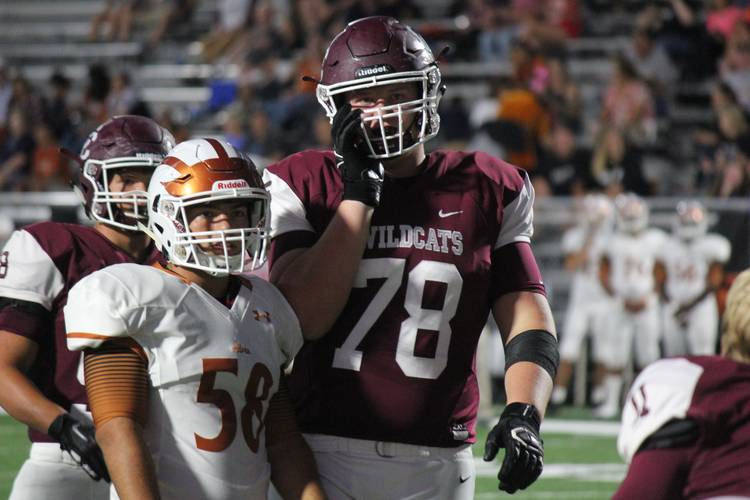 Texas played host to more than a dozen of its top 2020 targets over the weekend. The group included five-star running back Zach Evans, five-star wide receiver Demond Demas and a handful of the state’s best offensive linemen, like current commit Logan Parr. He and four-star quarterback Hudson Card were on hand to help the staff sway the next batch of talent.

The group hung out on campus and toured the facilities and most took in the men’s basketball win over Oklahoma on Saturday night. It was a chance for the players to build relationships with the UT staff, but it also allowed the prospects to build bonds with each other.

“I think we are getting really close,” Parr said of the offensive line targets like Chad Lindberg, Jaylen Garth, Jake Majors and Damien George. “I talk to each of them on social media and we have a Twitter group chat that we all talk in.”

Texas built similar momentum at defensive back in the 2018 class and it resulted in landing prospects like Caden Sterns, B.J. Foster and Anthony Cook. The Longhorns want to repeat that trick along the offensive line in 2020.

“I’ve been on visits with those guys, and specifically Logan (Parr) at camps and stuff. We talk a lot,” Lindberg said. “We had a photo shoot as an offensive line unit and hung out during the second half of the basketball game.”

The main reason is Herb Hand. Texas’ offensive line coach is considered one of the top coaches at his position in the country and the young pups in Texas took notice of the improvement of the UT line. The results should begin to trickle down to recruiting this cycle.

“I like coach Hand,” Lindberg said. “I feel like what he says is genuine. His players talk well about him.”

The visits to Austin are different for Parr. The four-star guard is a commitment now. He’s one of the guys. It’s a change that Parr is enjoying.

“I feel really close to the the staff and can’t wait to get on campus in a year,” he said. “Hudson (Card) and I really hit it off and I can’t wait for what we will accomplish at Texas.”

Garth is another offensive line target that Texas is in good position with early in the process. The Port Neches-Groves tackle blocked for new Longhorns quarterback Roschon Johnson in high school and wouldn’t mind doing the same thing at Texas.

“It’s something we talk about and I’m into the idea,” Garth said. “Roschon wants me to do what is best for me. He just hopes that is Texas.”