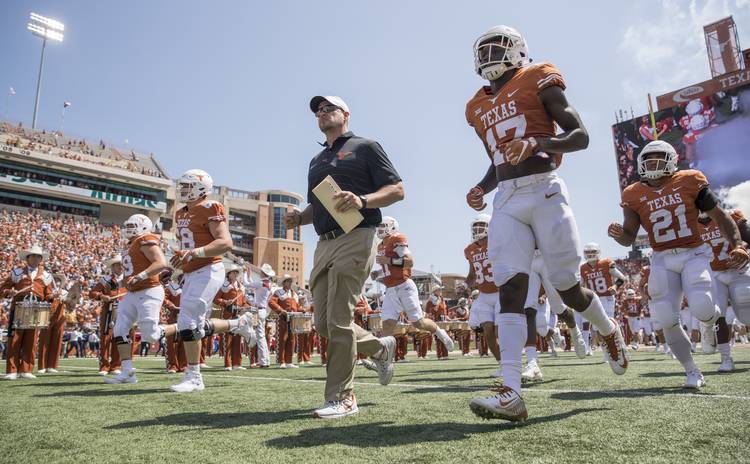 The University of Texas athletic department smashed its own record during the 2017-18 academic year by generating $219.4 million in revenues, easily topping the $214.8 million from the previous year.

But the Longhorns continue to spend money at a torrid pace, too. The athletic department spent $217.3 million during the same year, according to audited figures.

After taking out expenses to pay football coach Charlie Strong and his assistants ($7.2 million) and transferring $10.7 million back to academics, the UT athletic department netted only $2 million in net profit.

The annual UT athletics’ accounting review was conducted by the Austin-based accounting firm of Maxwell Locke & Ritter. The data was obtained by the American-Statesman through an open records request.

It’s no surprise that Texas athletics makes a ton of money. At this point, it’s simply a matter of how much. Texas first crossed the $200-million revenue barrier during the 2016-17 academic year. It was a record for any school conducting daily business, if you remove schools that had large one-time donations.

The 2017-18 revenue and expense report shows that UT football generated $144 million in revenues, a typical number given the program’s size.

That includes $38.5 million in ticket sales. UT has kept season ticket prices frozen for renewing ticket holders for three consecutive seasons. Prices are expected to increase when 2019 prices are unveiled in February, according to two sources.

The audited figures also shed light on how UT is spending under coach Tom Herman.

Texas also spent just $101,187 in fundraising, marketing and promotion in Strong’s last season. Herman beefed up the program’s social marketing presence with new personnel, and Texas spent $526,889 in that department in 2017-18. The change is noticeable online as Texas is now hailed for its promotions and graphics.

As in previous years, Texas football ($103.5 million), men’s basketball ($7 million) and baseball ($1.5 million) are the only profitable sports on campus. The lion’s share of the profit generated from football pays for UT’s other 17 varsity sports.

The Longhorns have a $17.2 million principal and interest payment due in 2019, according to the audited data. The department owes $288.4 million in a payment schedule that dates out to 2044.

Texas officials have reached a deal with the California-based Oak View Group to build and manage a new $338-million basketball arena on campus. Del Conte has secured pledges from eight donors for $10 million each for suites in the south end zone project of the football stadium. Athletics is responsible for $125 million in that project.

All University of Texas general obligation bonds carry “AAA” ratings — considered a safe investment by the ratings agencies — due to its state government backing. The university had $4 billion in endowments as of Aug. 31, 2018, according to the data. Approximately $41.8 million of that is earmarked for athletics.