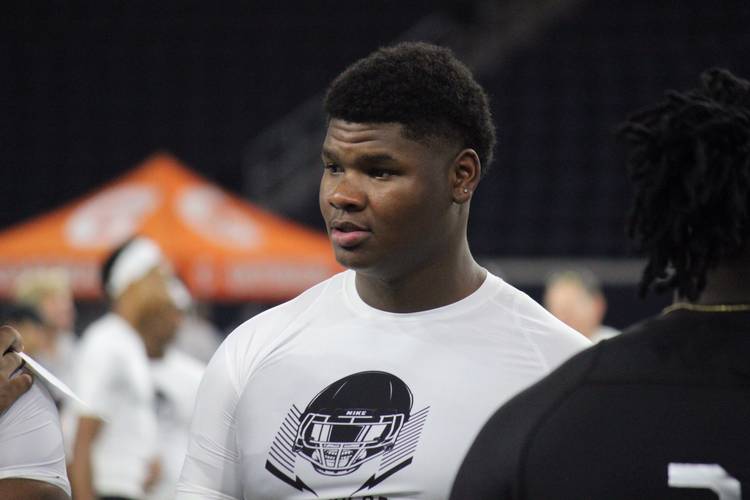 College football fans used to enter national signing day drunk on excitement. It was a day equivalent to the NFL draft, offering hope and the next batch of players to cheer.

The early signing period has lessened that signing day fervor to a slight buzz.

Texas is a perfect example with the Longhorns having already signed 23 of their 24 commits. Ten of those players are already enrolled and on campus.

Tom Herman holds the third-ranked class in the nation for the second straight year. The Longhorns signed 22 prospects in December and added five-star athlete Bru McCoy from USC days into the spring semester.

Only Javonne Shepherd, a four-star offensive tackle from Houston North Forest, elected not to sign in December. He remains committed despite official visits to Texas A&M, Georgia and Alabama. The No. 32-ranked player on the 2019 Fabulous 55 plans to sign his national letter of intent at 1 p.m. on Wednesday at Delmar Stadium in Houston.

Texas got the last chance to impress Shepherd prior to signing day. The 6-6, 327-pound four-star took his official visit to Texas over the weekend and left as impressed as he’s ever been with the program that he pledged to on July 29.

“I’ve always loved Texas, and this visit only made that grow,” Shepherd said. “I feel like family in Austin and that was important to me.”

Shepherd is the No. 28-ranked tackle in the class and the No. 338-ranked overall prospect in the cycle, per 247Sports’ composite rankings. He’d be the third tackle prospect to sign with Texas in 2019, joining Tyler Johnson and Isaiah Hookfin.

The big man admits that recruiting is stressful. He knows he’s lucky to be in this position, but he’s also hesitant to make the wrong choice. There isn’t a bad option between Texas, Texas A&M, Georgia and Alabama. It’s a good problem to have, sure, but it’s still a problem.

“There is a ton of pressure,” Shepherd said. “You don’t want to make the wrong move or disappoint anyone you’ve grown close to on the teams or the coaching staffs. This is the biggest decision of my life and it isn’t easy.”

Shepherd wasn’t the only visitor in town over the weekend. JUCO inside linebacker Lakia Henry also took a visit, but left early to take one last visit to Arkansas. That gives the Razorbacks the lead as Henry starts making a decision prior to Wednesday. The four-star is the No. 1-ranked inside linebacker in the JUCO ranks and played at Dodge City C.C., which is the same school that produced Gary Johnson.

Texas’ focus shifts toward the 2020 class and the grad transfer market. The Longhorns need at least one grad transfer offensive lineman before the start of the 2019 season whether Shepherd remains committed or flips to an SEC school. The 2020 class already consists of three members. The 2020 Fabulous 55 debuts this week.