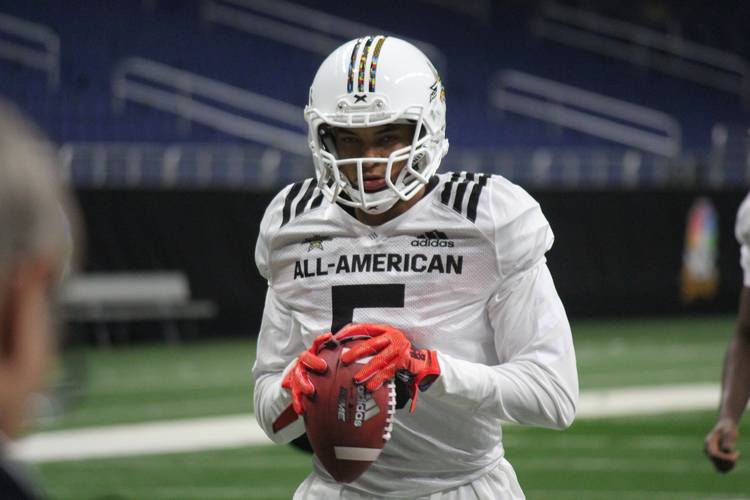 Scouting report: McCoy truly is a rare talent with the potential to be a game-changer for the Longhorns. As a wide receiver, he’s a big-bodied physical presence who can offer Texas a real target on third down and in the red zone. He’s also deceptively fast for a teenager already over 200 pounds, as he demonstrated throughout practices and in an MVP effort during the game at the All-America Bowl in San Antonio in the first week of January.

As a defender, McCoy is an edge linebacker who can cover tight ends, running backs and does well in space as a coverage player and a tackler. He’s also tremendously physical and an excellent edge-rusher suited for third down scenarios or the B-Backer position deployed by defensive coordinator Todd Orlando.

McCoy was the MaxPreps Player of the Year because of his two-way exploits as a senior, leading Mater Dei to a second title in his prep career. Is he a wide receiver? Is he a linebacker? Is he both? We might not know until he is eligible to play for Texas. The thing every scout and recruiting writer can agree on, however, is that McCoy is an elite-level football player with unlimited potential.

McCoy should make an impact for Texas as soon as he’s eligible, whether that be immediately if granted a waiver or in 2020 after he sits out a season due to transferring from USC. The modern game relies on playmakers and McCoy is too good not to immediately help Texas on offense, or even as a heavy defensive back in nickel and dime packages. His long-term future is to replace Collin Johnson as the go-to receiver on the outside.

The Dotted Line: Who will top the initial 2020 Fabulous 55? (We’ll find out Thursday)