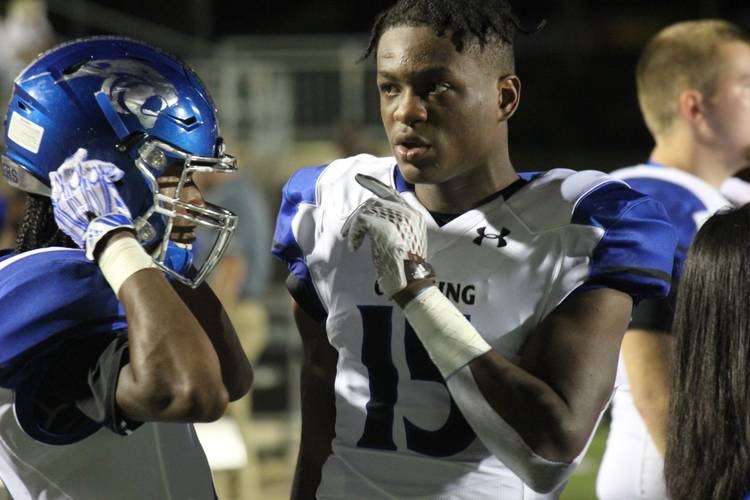 C.E. King four-star safety Bryson Washington is one of the top 2020 safeties in Texas. (Mike Craven)

Texas hosts its first junior day of the 2019 offseason this weekend as the Longhorns plan to host nearly 100 prospects from the 2020 and 2021 cycles. Tom Herman’s program is off to a fast start in the 2020 cycle with three in-state commitments from quarterback Hudson Card and offensive linemen Logan Parr and Jake Majors.

The Longhorns have signed two straight No. 3 recruiting classes and hope 2020 is as fruitful following 10 wins and a Sugar Bowl victory over Georgia. The only programs in the nation recruiting better than Herman over these last two classes are Georgia and Alabama. Junior days allow the program to get the next batch of targets on campus and familiar with the coaching staff, facilities and current players.

Some of the visitors are more important than others, however. Texas is set to host a handful of major targets over the weekend, and not just for the 2020 class. The 2021 class is already gaining attention and a few of the top sophomores in the state like quarterback Preston Stone, athlete Shadrach Banks and wide receiver Latrell Neville will be in Austin at some point this weekend. There also is an important graduate transfer offensive lineman expected on campus.

Here are a few names to know:

Proctor is a high priority for the Longhorns as the program needs to replace Patrick Vahe at left guard. Proctor would slide in immediately at that position much like Calvin Anderson did at left tackle in 2018 after transferring from Rice. Proctor could play right away and spent his last four years at Virginia, starting 12 games over the past three seasons. He redshirted in 2015.

Cooper attends the same St. Louis high school as 2019 signee Marcus Washington. Texas hopes that connection can help swing the electric athlete to Texas. Cooper came to Texas for an unofficial visit last offseason and returns as one of the top juniors in the country. He’s the type to play slot receiver, help as a running back and contribute in the return game. He’s among the top out-of-state targets for Herman in the 2020 cycle.

Umanmielen is one of the top four targets for Texas along the defensive line in 2020 and could be a candidate for an early commitment if the Longhorns apply the full-court press. Umanmielen is one of four Austin-area prospects on the 2020 Fabulous 55. He plays defensive tackle for Manor but fancies himself as the type of lineman who can play inside or outside depending on the scheme, which is perfect for Texas because the Longhorns love bigger defensive ends.

Washington is among a trio of 2020 safeties with UT offers expected on campus, along with Myles Slusher and Xavion Alford. Washington is a long-time target from Houston with unlimited athletic potential. He’s a prospect Texas is high on and he’s planning to announce his decision on July 4.

Linebackers are hard to find inside the state, but Scott is a top-50 player and a top priority for Texas. He’s a true outside linebacker with the physicality and enough athleticism to play in space. He’s one of six 2020 linebackers that hold a UT offer and the only one from Texas.

Ranked foes await Texas softball, which has ‘to be confident that we can play with the best’