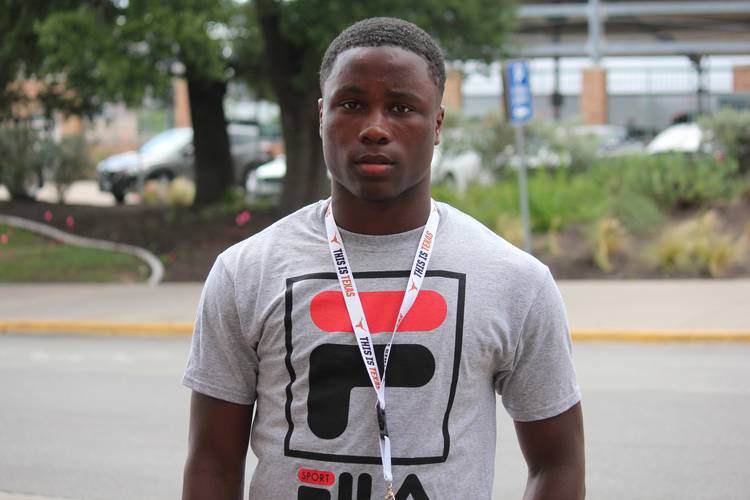 Texas’ 2020 class now stands at four members after gaining the commitment of four-star athlete Mookie Cooper on Saturday afternoon. The 5-foot-9 athlete from Trinity Catholic (Mo.) is a potential play-maker at multiple spots on offense and special teams. He helped lead his team to a state championship in Missouri as a do-it-all weapon as a running back and slot receiver, as well as a returner. Cooper is the fourth-ranked athlete in the nation and the No. 73-ranked overall prospect in the 2020 class, per 247Sports composite rankings. He’s currently on campus for Texas’ junior day.

Skill set: Cooper is an electric athlete with rare quickness. He’s also a versatile weapon that Texas can deploy in a multitude of ways on offense. He can play slot receiver. He can be a third-down back. He can return punts and kicks. The Longhorns lacked big-play ability in the first two years under Tom Herman and Texas hopes to correct that through recruiting. It did a great job in the 2019 class signing five elite players at wide receiver. Cooper is another one of the type of players who will add a new dimension to the Texas offense.

Immediate impact: Snaps always become available for players who can score each time they touch the football and it’s hard to imagine that Cooper doesn’t find a role within the Texas offense as a true freshman. He’s too electric not to find a way for him to touch the ball a few times a game, especially given the four-game redshirt rule now in place that allows a player four games before losing a redshirt. Cooper is a legit national 100 prospect and another out-of-state pledge who Herman hopes to build around in the near future.

Fitting into the program: Cooper will find a familiar face in the Texas locker room in his former teammate Marcus Washington, who signed as a wide receiver with the Longhorns in 2019. Cooper visited Texas as a sophomore and left impressed. The fact that Washington chose Texas only helped the Longhorns with Cooper. He’s a real offensive weapon that shouldn’t struggle to find a role within the Texas program once he arrives on campus. Texas wants speed on offense and Cooper brings that to the table.

Recruiting at the position: This somewhat depends on rather Texas views Cooper as a running back or a wide receiver. He’s the first skill position plaer to commit to the Longhorns. The other three pledges to date are quarterback Hudson Card and offensive linemen Logan Parr and Jake Majors. Cooper is also the first out-of-state pledge in the 2020 class. The main target at running back is Zachary Evans, a five-star from Galena Park North Shore and the No. 1-ranked player on the 2020 Fab 55. The wide receiver targets include Troy Omeire, Demond Demas and even an athletes like Duncanville’s Ja’Quinden Jackson and Kelvontay Dixon.

Dreaming about the NCAAs is nice, but Texas first needs to knock off Oklahoma State