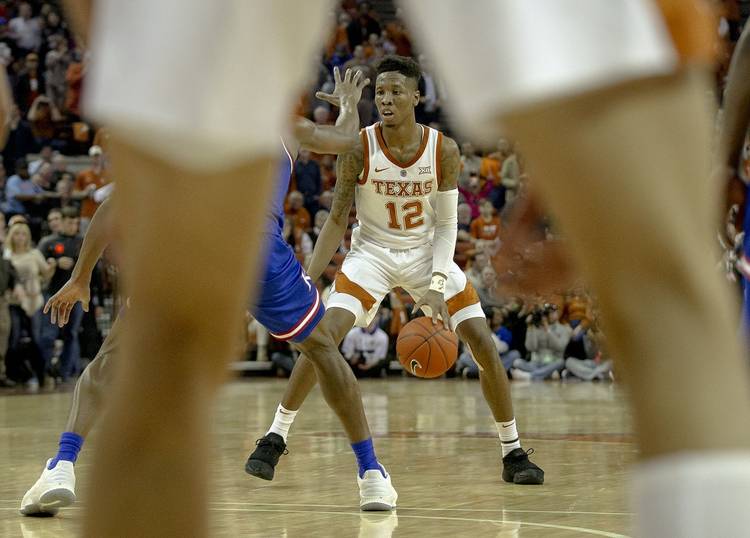 The playing status of Texas senior guard Kerwin Roach II was up in the air Thursday night as school officials would not confirm a Horns247 report that he would be suspended.

The website reported that Roach would be suspended for Saturday’s game against Oklahoma for an undisclosed violation of team rules. However, a school spokesman said Roach had not been suspended as of Thursday night.

No final decision about Roach’s playing status would be made until Friday, the spokesman said. Coach Shaka Smart did not respond to messages left by the American-Statesman.

Roach, Texas’ leading scorer averaging 15 points per game, spoke with reporters on Wednesday and spoke glowingly about the chance to play the Sooners and finish the regular season strong.

Roach was suspended for the season opener against Eastern Illinois for a previous undisclosed violation of team rules.

Roach announced the suspension himself on Twitter in a message addressed to “friends, family & Longhorns fans.” He did not participate in UT’s two private scrimmages against LSU and Texas A&M.

Despite the early suspension, Roach is enjoying his career-best season. His best game of the year was a 32-point showcase against North Carolina in a win that is UT’s best reason for being included in the NCAA Tournament.